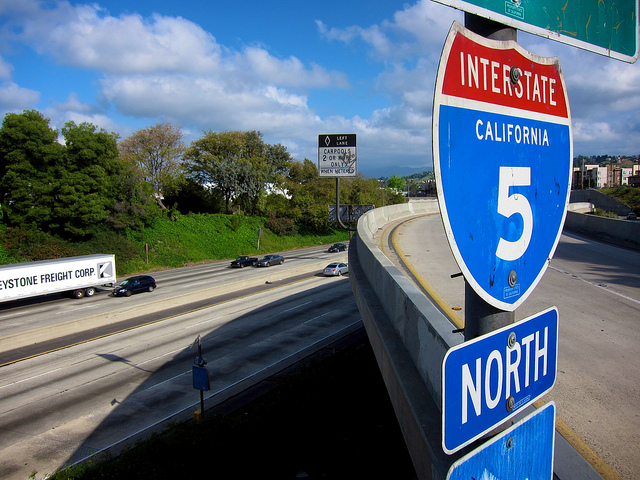 A crash at the 5 and 710 freeway interchange left one dead, one injured, and caused structural damage and road closures that could last through the weekend.

The driver of a Dodge Magnum heading northbound on the 5 was killed and the passenger injured when the car slammed into a bridge under construction at the 710 freeway interchange at around 2 a.m. Saturday and multiple beams fell onto the car, according to City News Service. The driver died on the scene, while the passenger suffered major injuries and was taken to an area hospital. No other cars were hit in the crash.

After the interchange was completely closed, some lanes were back open as of 9:16 a.m., with the northbound 710 interchange to the 5 down to one lane open and the southbound 710 transition to the 5 to be closed until 9 p.m., according to CHP.

Engineers are trying to salvage the bridge project, which was being built to widen the 710 overpass, according to City News Service.