One Of The Deadliest Local Hiking Trails Is Getting Closed 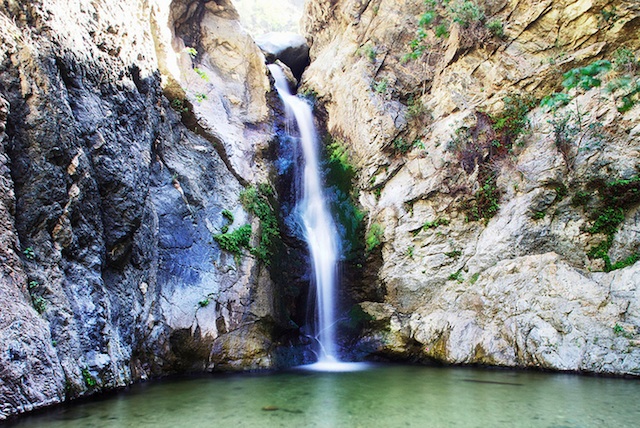 Hikers and climbers have long been going to Eaton Canyon in Altadena, but a dangerous portion of the trail will soon be closed off to the public.

The U.S. Forest Service announced on Wednesday that they will be blocking off a small area known as "Upper Falls," according to CBS Los Angeles. It's a challenging part of the trail even for the most expert-level climbers, yet many try to go through it and are unable to finish it with disastrous results.

Five people have died on the trail (that's nestled in the San Gabriel Mountains) since 2011, and there have been 60 helicopter rescues in 2012. Just last year, a 17-year-old girl fell to her death going to the second set of waterfalls at Eaton Canyon.

“It’s not a designated trail," Nathan Judy of the Angeles National Forest told CBS. "It’s very steep … very dangerous, and we’ve lost a lot of lives up there and because of that we are doing the closure."

Folks (including thrill seekers) are drawn to Upper Falls because of its picturesque views that they see on videos on YouTube, like this one:

“Social media has fueled a lot of the accidents," U.S. Forest Service spokesperson Sherry Rollman told Pasadena Weekly. "Kids see the pictures and videos of people in the pond and they want to go up there. They think it’s not a tough hike, but it is a serious incline to the second falls."

The U.S. Forest Service along with police, fire departments and city officials decided together to close off the upper Eaton Canyon portion. (The lower portion will still be open.) There's been an ongoing discussion on what to do about this dangerous path for years.

However, they are facing some opposition from the Coalition of American Canyoneers (CAC). "We want access to the canyon," William Lawrence, who's on the board of the CAC, told Pasadena Weekly. "If they close it, we will start a fundraiser to hire an attorney to fight the National Forest. We have been using the canyon for 25 years."

Although a date has not been set yet for the closure, once it is closed, folks who try to get in the closed-off area could be fined up to $5,000 and sentenced to six months in jail.