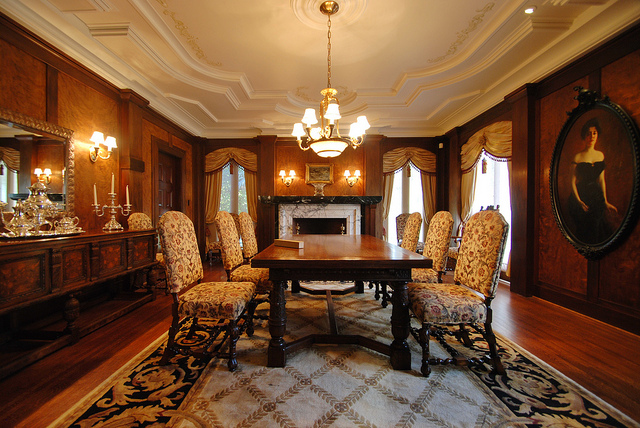 Pasadena has its charms, but it's also not hard to see how it landed on the top of this list of the snobbiest mid-sized cities in the country.

Sure, there are pockets of rich people all over Southern California with their own snotty rituals and customs. But Pasadena is unique: it feels culturally WASPy and there are still echoes of the wealthy Easterners who decamped here over a century ago. (That seems especially true when you compare it to Hollywood where power players show up to meetings in jeans, and men in suits are likely valets.) Pasadena is the home to the staid, traditional Rose Parade (at least there's the Doo Dah Parade as a counterbalance!). It's a city where there the super-exclusive, blue blood Valley Hunt Club advertise themselves on the web like this and where the lone black couple who joined told the Los Angeles Times in 2004 (not 1974) that other mostly-white members treated him and his wife "very normal."

The city apparently boasts the highest number of private schools per capita, but this is because of an ugly chapter in the city's history. In 1970, a court ordered the city's once well-regarded school district to desegregate. Rather than have their kids go to school with the (mostly black) kids in the Northwest, the city's upper middle class and wealthy people pulled their kids out of the public system.

But hey, being snobby isn't always a terrible thing. The city isn't just well-educated, it's got Nobel Prize winners at Caltech and actual rocket scientists at JPL. There's plenty of art galleries and museums, a shortage of fast food and some really stunning architecture—especially the homes built as a part of the Arts and Crafts movement.

So it's not hard to see how Pasadena rose to the top of the list based on the criteria for this survey that considered the following criteria:


The #2 spot on Movoto's list of snobby cities is Thousand Oaks, which boasts a very low number of fast food places and one restaurant that offers lobster mashed potatoes. Glendale and Fullerton also made the cut. (And yes, you have to take these lists with a grain of salt—Movoto once concluded that Santa Monica was one of the most dangerous suburbs.)