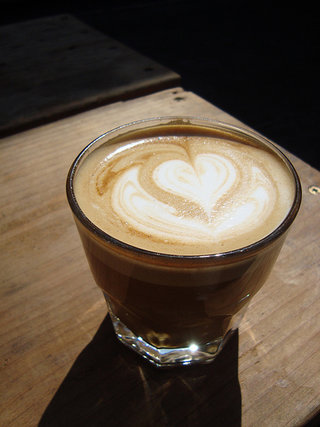 This week's edition of Overheard in L.A. features new dietary restrictions, students working Coachella into their academic schedule, and a great spot for bargain dating.

Overheard of the Week
"May I have an organic almond milk latte? I'll die if its not. Those almonds are organic, right?"
via @MsSingleton528

Overheard At PRIDE, Of Course
"I think Rihanna is my Patronus."
via @operez23

As Long As He Still Has It Where It Counts
"I like him. I like amputees. He's like one of those really athletic ones where you can't even tell."
via @mickified

You Can Blame The Sheriff's Department
"I've never been to jail, heard it sucks dude."
via @Potato_Fiend

AirBnB Gentrification
"I just want to do villa based traveling from now on."
via @PatrickEpino

Don't Worry, Upperclassmen Have Enrollment Priority
"Next year Spring Quarter I have to make sure I have Friday/Monday with no classes cuz I have to go to Coachella."
via @akaGEEG

I Knew It Was Love After The Pot Sticker Samples
"I took her on a date to Costco. She loved it."
via @AriParty64

Parent Of The Year
"That reminds me of that time I got a DUI when I was pregnant."
via Brent L.

Far More Useful Than Giant Matchsticks
"Why doesn't Netflix run a dating algorithm? Like, 'Here are 4 other singles in your area who just binge-watched Justified.'"
via @HIGHzurrer