20 Of Our Favorite Events In Los Angeles This Week

LAist gets a lot of press releases and we go through most of them to curate a list of our favorite events happening in L.A. Here are 20 events you should know about this week. Read on for all the details.

MUSICAL: Broadway Barre is at Rockwell Table and Stage on Monday at 8 pm. The monthly show is a chance for LA's vibrant musical theater community to come together and perform for the audience and each other. Hosted by Kate Pazakis (Broadway's South Pacific, TV's South Park), doors open at 7 pm, show at 8 pm and an open mic piano bar 10 pm to 2 am. Cost: $10.

MUSIC: LA-based rock band Hudson is holding its In the Unknown EP release party at the Viper Room on Monday. 8:30 pm. Tickets: $10.

FILM: The Dances with Films Festival continues Monday with a world premiere screening of Annika Kurnick’s film Gasp. A mysterious host is a no-show for his own annual party on a tiny island. His friends party on in his honor amidst a threatening storm, and one bookish guest will experience “a surreal evening of emotional and sexual exploration she won't soon forget.” 7:15 pm at the TCL Chinese Theaters in Hollywood. Tickets: $13.

MUSIC: Actress Jena Malone (The Hunger Games, Donnie Darko) teams with her musical partner Lem Jay Ignacio for their project, The Shoe. The band releases its full-length album I'm Okay on Tuesday, and to celebrate, The Shoe takes over the Roosevelt Hotel to play three sets: 7 pm in the lobby (all ages); 9 pm at the Tropicana Bar (nightswim) and midnight in The Spare Room (doors are at 11:30 pm). Free.

FOOD TALK: Zocalo Public Square lecture series presents the program Where Do Food Fads Come From? with journalist David Sax, author of The Tastemakers: Why We’re Crazy For Cupcakes But Fed Up With Fondue. The program explores why foods fall in and out of favor (think cupcakes, bacon, kale, brussel sprouts and whatever may come next) and how marketers, farmers, scientists, doctors, and even governments create food crazes. Tuesday at 7:30 pm at the Grand Central Market. Admission is free. (Free parking at 308 S. Hill St., just south of 3rd St. Validation will be distributed at the event.)

MUSIC: On Tuesday, La Cita presents Slaves Against The Machine—a live performance by the ultimate Rage Against the Machine cover band. The first set begins at 10 pm and the second set is at 11:30 pm. Free.

DOCUMENTARY: ArcLight Cinemas Hollywood concludes its ArcLight DocFest Spring Series on Tuesday with the L.A. premiere of Rich Hill, by directors Tracy Droz Tragos and Andrew Droz Palermo (The Orchard). Rich Hill isn’t a person but rather a town in Missouri with a population of 1,393. The film follows teens Andrew, Harley and Appachey as they ride skateboards, go to football practice and do other boyish things over the course of a year. “But faced with unfortunate circumstances—an imprisoned mother, isolation, instability, and parental unemployment—adolescence can be a day-to-day struggle just to survive.” The film examines rural poverty and the challenges facing America’s youth. It won the Grand Jury Prize for documentary at the 2014 Sundance Film Festival. 7:30 pm. Tickets: $14.

MUSIC: New York-based composer and songwriter Gabriel Kahane celebrates the June 3rd release of his full-length album, The Ambassador, with an 8 pm show at The Hotel Cafe. Each of the record’s tracks are inspired by the city of L.A. Tickets: $15+ fees.

LIT TALK: The new literary series, The Writers' Room with Reza Aslan, makes its debut at DBA in WeHo. The event will feature a conversation between writer-scholar Aslan (author of Zealot: The Life and Times of Jesus of Nazareth) and his first guest, writer-actor B.J. Novak (author of One More thing: Stories and Other Stories). The series, which will be held on the first Wednesday of the month, includes a live house band, cocktails on hand and audience interaction. Music at 8:30 pm and discussion at 9 pm. Tickets: $20.

PARTY: The W hotel in Westwood invites the public to indulge in its “Midweek Hookup” event on Wednesdays in June from 5-9 pm. The hotel offers drink specials, live music by DJ Junkyard, ping-pong, giant board games, and a popsicle toast every evening at 6 pm. Free. Bring a swimsuit if you want to go nightswimming too.

OPEN PROJECTOR NIGHT: The Hammer Museum presents Open Projector Night on Wednesday at 7:30 pm. If you’re a filmmaker with thick skin, then this is the place to have your work screened. It’s partly a showcase and showdown where films and videos (of all genres) are shown to an audience not afraid to call a spade a spade. Three winners receive prizes and mention on the Hammer’s website. Show up early because submissions are only accepted from 7- 7:30 pm. Work under 10 minutes only. Accepted formats: VHS, DVD Mini DV & Mini HDV, Super 8mm, 8mm and 16mm film. 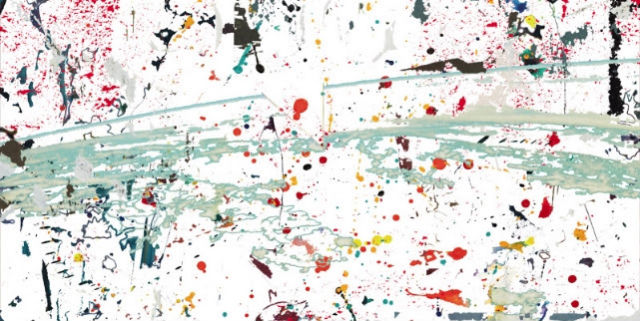 ART : Steve Turner Contemporary opens two shows on Thursday. The gallery presents The Opposite of the Opposite, a two-person exhibition with drawings by Mexico City-based artist Theo Michael and photographs by São Paulo-based artist Sofia Borges. Also opening is Flip City, a solo show of digital paintings by Amsterdam-based artist Jonas Lund. The opening receptions are on Thursday from 7-9 pm. Both exhibitions will be on view through July 3.

FEST: The Melrose Business Improvement District hosts the FAME (Fashion. Art. Music. Eats) Fest each first Thursday of the month, featuring art by new and established artists, live music and food trucks. This month, the fest celebrates the dog days of summer as well as our four-legged friends. So they’re will be a doggie section with great dog products; a doggie dating event; rescue orgs will be onhand if you are looking to adopt a pet. The event—held at Melrose and Ogden—is free and all ages.

MUSIC It’s a night of pop-punk at the Roxy with a lineup that includes Man Overboard, Transit, Forever Came Calling and Knuckle Puck. Doors at 7 pm. Tickets: $17.