The LAPD Has Drones Now But Won't Use Them Until After Reviews, Public Hearing 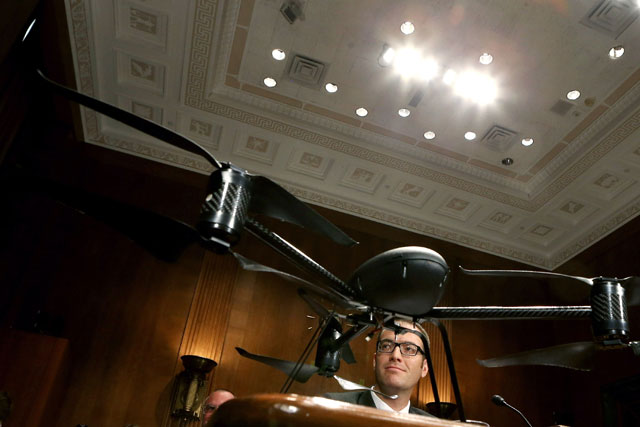 The Los Angeles Police Department announced Friday that they got two free drones from their Seattle counterparts.

LAPD got the Draganflyer X6 Unmanned Aerial Vehicles from the Seattle Police Department free because Seattle PD had paid for the drones with government money, City News Service reported. Seattle’s mayor and police chief decided not to use the drones after public outcry about possible intrusions into privacy, The Seattle Times reported.

LAPD says the drones aren’t going to be used just yet. There’s going to be a review both internally and by the Board of Police Commissioners as well as public hearings before anything happens. LAPD said they’d only be used in certain situations:

“The review would only consider narrow and prescribed uses to prevent imminent bodily harm, for example, a hostage situation or barricaded armed suspect.”

According to LAPD Commander Andrew Smith, “we saw this as an opportunity to possibly incorporate them in very narrow, high-risk kinds of things our SWAT guys do from time to time.”

The ACLU of California said in a statement that the LAPD were right to be transparent about receiving the drones and urged implementing policies to make sure privacy is protected. ACLU staff attorney Peter Bibring told KPCC: “The threat from drones is particularly severe when coupled with other technologies like facial recognition, the use of infrared night vision cameras, or even listening devices.”