16 Of Our Favorite Events In Los Angeles This Week

LAist gets a lot of press releases and we go through most of them to curate a list of our favorite events happening in L.A. Here are 16 events you should know about this week. Read on for all the details.

DOCUMENTARY: ArcLight Cinemas Hollywood presents the ArcLight DocFest Spring Series on Tuesdays at 7:30 pm through June 3. This week’s documentary is director Brian Knappenberger’s The Internet’s Own Boy, The Story of Aaron Swartz. The programming and computer prodigy, who helped co-found Reddit, was also a social justice / civil liberties and political organizing Internet advocate. He became enmeshed in a “two-year legal nightmare that ended with the taking of his own life at the age of 26.” This is the L.A. premiere of the film. A Q&A and reception follows the screening. Tickets: $14.

ART: The Getty Museum presents the exhibition Yvonne Rainer: Dances and Films, on view from May 27-Oct. 12. Rainer, a renowned dancer, choreographer, filmmaker and writer, and this Getty exhibition surveys her major pieces in those fields through a “lively array of photographs, scores, journals, ephemera, and audiovisual presentations.” The admission to the Getty is free; parking is $15 before 5 pm and $10 after.

MUSIC: The electro-pop duo Ray & Remora (Dan Crane and singer Amanda Walker) make their live debut at Harvard & Stone on Tuesday in support of the Dharma Bums residency. The band released their debut 1994 on May 6 featuring electro/trance covers from 90s bands like Guided by Voices, Dinosaur Jr., Weezer, Pavement and others. 9 pm.

FILM TALK: Film Independent presents the program Case Study: Our Vinyl Weighs a Ton. Co-writer and Director Jeff Broadway and co-writer Rob Bralver of Gatling Pictures talk about their film Our Vinyl Weighs a Ton (This is Stones Throw Records). The documentary explores the history of the indie label Stones Throw Records, featuring interviews with Kanye West, Snoop Dogg, Common, Questlove, Talib Kweli, Mike D and Tyler the Creator. One free year of Adobe Creative Cloud will be given away at this event, which concludes with a reception with the filmmakers. The event is free and open to the public, but registration is required.

COMEDY: Good Looks is a new, free monthly comedy show that takes place every last Tuesday of the month at play in the Downtown Arts District.The program on Tuesday features an incredible lineup with Kumail Nanjiani, Ron Funches, James Adomian, Jen Kirkman, Richard Bain and the just-added Marc Maron. Doors at 7:30 pm and the show is at 8 pm. Ice Cream for sale by Cream Dream.

THEATER READING : This week, Native Voices at the Autry—the country’s leading Native American theater company—presents its 16th annual Playwrights Retreat and Festival of New Plays, with free public readings of three new works by Native American playwrights. Performances are at the Autry on Wednesday at 4 pm and 7:30 pm and on Thursday at 7:30 pm. The selected works are There is No “I” in NDN by Jennifer Bobiwash (Ojibway); Our Voices Will Be Heard by Vera Starbard (Tlingit/Dena’ina); and Measure for Measure adapted by Randy Reinholz (Choctaw). Reservations recommended. 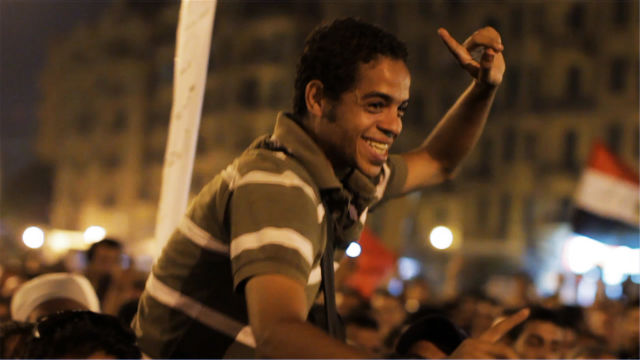 FILM: The Hammer Museum screens the Academy Award-nominated film Al-Midan (The Square) at 7:30 pm on Wednesday. The 2013 documentary follows young activists through the Egyptian Revolution, from its beginnings in Tahrir Square through the ouster of elected president Mohamed Morsi. The screening is free, but tickets for assigned seating is required and available one hour before the screening. Arrive early.

TALK: The Santa Monica Museum of Art presents the program Where is a Utopia of Southern California? An Exchange with Members of the Llano Del Rio Collective on Wednesday at 7 pm. The event is being held in conjunction with the release of Llano Del Rio Collective's newest guide, Utopias of SoCal. At the "Pecha Kucha"-style exchange, collective members Lara Bank, John Burtle, Sandra de la Loza, Ken Ehrlich, Hector Gallegos, Robby Herbst, Kelly Marie Martin, Tom McKenzie, Janet Sarbanes, Erin Schneider and Kimberly Varella “share fast-paced, image-driven presentations about their working concepts and critical reflections upon the practice of manufacturing ideal states.” [Fyi, the collective takes its name from the Llano del Rio commune, which was located near Palmdale c. 1915-18.] Free admission with RSVP.

COMEDY: On Thursday at 9 pm, Part Two: The Sequel Show takes over the NerdMelt stage. Hosted by Tony Sam and Julia Prescott, comedians pitch (as yet unwritten) sequels to some of our favorite movies. The audience votes at the end of the night on who gets the “Best Pitch” title. Guests this week: Baron Vaughn, Eliza Skinner, Ron Babcock, James Adomian and Jonah Ray. Tickets: $8 in advance, $10 at the door.

STORYTELLING: On Thursday at 8 pm, Cafe Fais Do Do welcomes the comedy show Don’t Tell My Mother for an evening of storytelling from writers, comics and performers. They tell us stories that they’d never want their mother’s to know. The evening’s headlined by Doris Roberts (Everybody Loves Raymond). She’s joined by Jen Kober (Anger Management), New York Times bestselling author Annabelle Gurwitch (Fired!), actress Helen Hong (The Crazy Ones) and creator/host Nikki Levy. Live music by Abby & The Myth. Doors at 7 pm with full bar and food. Tickets: $16.

HISTORY TALK: On Thursday at 7:15 pm, the ALOUD series at the Central Library presents the program No Further West: The Story of Los Angeles Union Station, which is being held in conjunction with the library’s current Union Station art exhibition. The station opened in 1939, but its construction displaced thousands of Chinese and Chinese Americans who were living in the former location of L.A.’s Chinatown. A discussion, moderated by LA Observed’s Kevin Roderick, features panelists from the station’s master plan team, a historian and the vice-president of the Chinese Historical Society of Southern California discuss the history of the station and its future. The event is free, but RSVPs are closed. Stand-by tickets may be available.

ART TALK : The Broad presents a conversation between artist (and now filmmaker) Takashi Murakami and author Pico Iyer in the museum’s Un-Private Collection talk series. The talk takes place at the Orpheum Theatre at 8 pm. From the Broad: “Iyer’s writings intersect with Murakami’s work in their focus on the common disconnect between local tradition and imported global pop culture. The pair will discuss the complex social and historical narratives woven into Murakami’s work and how they reflect upon contemporary Japanese culture.” Tickets are $12.

Related: Your Ultimate Guide To May: 20 Cool Events Happening In Los Angeles