Your Guide To Memorial Day Weekend Events In Los Angeles

LAist gets a lot of event announcements, and we comb through them all to bring you a curated list of what’s happening in LA this long, Memorial Day weekend, including these 14 events. Now, no more excuses...get out there and play. Don’t forget to check out our monthly column and weekend food events, too. Read on for all the details.

COMEDY: The 3rd Annual LA Indie Improv Festival runs all Saturday across four Hollywood stages. The event opens at 11 a.m. with a panel, Developing Your Comedy Career, and then features over 150 local comics and improve teams until 1 a.m. You can fill up at one of the food trucks on hand and stay there all day long if you want. The festival is free, and the volunteer organizers just ask that you donate what you can.

MUSIC: Villains Tavern is hosting a dayside event for vinyl lovers. At Los Angeles Record Trading Company, you can spend the afternoon buying and trading records, listening to tracks from DJs and sipping on $6 Jameson specials on the patio. Show up early enough with your favorite records and you can snag an Open Table session to spin your choicest cuts yourself. 21+, no cover.

ART: Well, if you didn't leave town this Memorial Day weekend, at least you can imagine you're traveling. Gallery Nucleus is having an opening reception from 7 p.m. to 10 p.m. for their "Adventure Awaits" exhibit. The exhibit features travel-inspired artwork created by artists from around the world. This free event will have complimentary travel-inspired cocktails as well to keep your thirst quenched during their scavenger hunt (yep, they're doing that, too). Oh, and you'll also have opportunities to take some tacky tourist photos there.

THEATRE: Recently, someone on staff said they'd never seen Terminator. It's probably a good time, then, for Terminator Too: Judgement Play at The Dragonfly. From the same folks who do Point Break Live, this event is exactly what it sounds like. On Saturday nights, a bunch of hilarious people reenact Terminator 2 live, and with no special effects whatsoever. The group warns you that you might get wet (or offended). 21+, tickets start at $25.

PARTY: Christopher Villanueva launched Daniel Magazine to reach gay, Asian males, as he felt like their demographic was underrepresented. The magazine has sold out of its inaugural issue and is celebrating with a day-time party at the Abbey in WeHo. Following prompts from their event page will earn you free swag and drinks. 3-7 pm, free.

ART: They'e probably right at 1650 Gallery & Studio in Echo Park when they say that art never gets tired of nudes. Art, movies, the Internet, Snapchat—humans love to see each other naked. Exposed: The Contemporary Nude features 60 jury-selected photographs from submissions all over the world. The show opens on Saturday at 7:30 pm. Free.

PARTY: If you were missed or miss the '90s nod to '60s mod, Club Shout!, you you might want to go dancing at the Dragonfly Saturday night (after Terminator Too) for a one-night reunion. Mod, glam and soul are the tunes for the night courtesy of Jason Lavitt, DJ Nowhere Girl and DJ Riley More. Expect girl groups and anything that would fit in on the Velvet Goldmine OST. 10 pm, 21+, $5 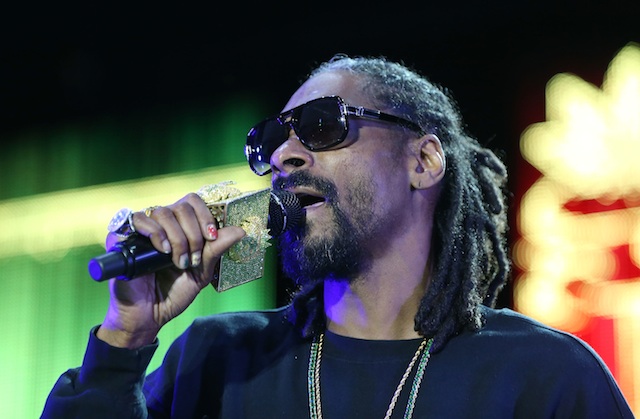 MUSIC: The 28th annual JazzReggae Festival has scored a pretty sweet lineup this year with Snoop Dogg (AKA Snoop Lion), Aloe Blacc and the Internet at the helm. From May 25 to May 26, music lovers can head over to UCLA's fields to jam to some tunes at the two-day fest, which is split up as a "Jam Day" and "Reggae Day." One-day ticket prices are $35 and two-day passes are $60.

FOOD: You had us at "all-you-can-eat crawfish." What's a better way to celebrate the long weekend than a good old crawfish boil? At Venice's The Brig bar, they're hosting the event from 11 a.m. to 6 p.m. in their parking lot and are preparing to boil in a pot 500 pounds of crawfish. For $45, you get that as well as Andouille sausage and corn. Plus, they'll be serving beer and rum cocktails there. Folks also have the option of playing a round of cornhole or lounging around on a lawn chair (that you can bring yourself).

DANCE: Hey, if you've been needing a place to practice your salsa moves, Grand Park's got you covered. The park is celebrating Memorial Day with their free event, "The Salsa Session" from 2 p.m. to 6 p.m. Artists from Colombia to Cuba, and including acts like Ricardo Lemvo and Grammy-winning Spanish Harlem Orchestra, will be performing some tunes so you can get your spicy kick on.

FILM: The folks over at Cinefamily believe that every movie is interesting for at least the first five minutes. With this principle in mind, they're hosting a Memorial Day edition of the Five Minutes Game, plus a BBQ. The first five minutes (not including credits) of 15 obscure films will be screened, then the audience will hit the patio for mingling and BBQ. Everyone will vote on which of the 15 films they should watch in its entirety, and Cinefamily will play the winning movie. The game begins at 5 pm. $12/free for members.