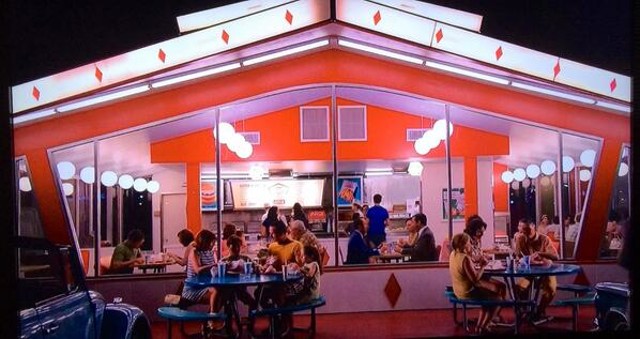 Last Sunday's Mad Men ended with Peggy, Pete, and Don dining out at a Burger Chef. The restaurant was recreated so perfectly for the show, with colors popping and a shine that made the chain seem inviting—if there was a glory days of fast food, this is what it looked like. The show's designers really excel at recreating franchises from the era—last season they gave the same treatment to a Howard Johnson's. So where did they revive the past this time? 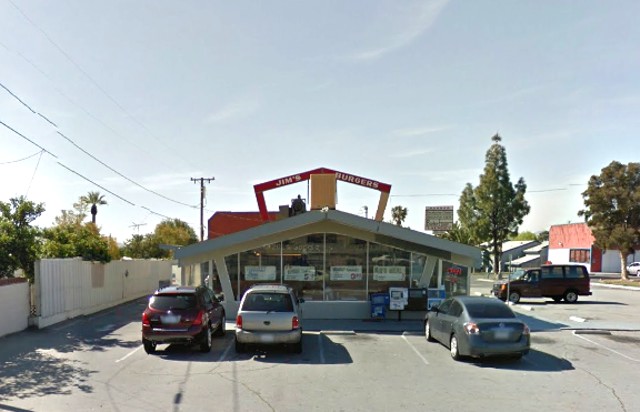 The scene was filmed at a real, former Burger Chef in Rialto, along Route 66—it's currently Jim's Burgers, but the structure and basic design have remained the same. Roadside Peek writes: "Notice the large red brace with the Jim's Burgers lettering. This used to hold the Burger Chef sign back in the day." Franklin Avenue says it's located at 765 East Foothill Boulevard, if you're looking to recreate the moment—presumably Jim's has kept the fresh coat of paint and any other renovations Matthew Weiner's team made.