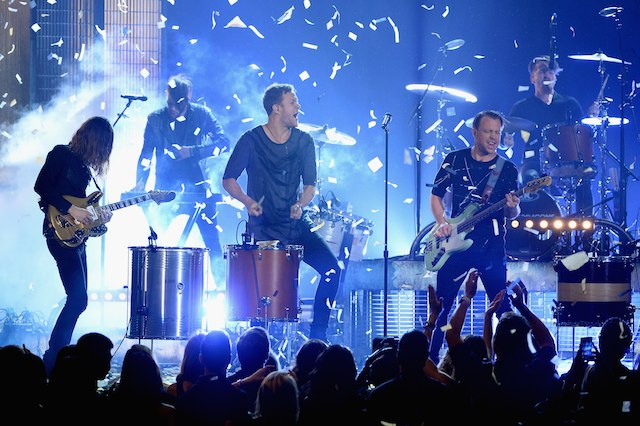 Jay Z's Made in America lineup was announced today, with top-billers like Imagine Dragons, Kendrick Lamar and Weezer headlining.

The two-day fest, which will take over Grand Park downtown on August 30 and 31, will be a mix of rock bands, electronic acts and hip hop. Some more highlights include Steve Aoki, Capital Cities, Rise Against, Afrojack, Sublime With Rome, Schoolboy Q, Chance the Rapper, John Mayer, Metric, Classixx, Juanes and Cypress Hill, according to the festival's website. (The festival will also be held in Philadelphia this summer and have to say we wish we had some of the acts listed in that lineup, which includes Kanye West, Kings of Leon, Pharrell Williams and The National at the helm.)

The Hova faced some opposition from L.A. City Councilman Jose Huizar last month about throwing the concert. Although Huizar didn't talk about canceling Made in America, he did voice safety concerns over large crowds and street closures. But Jay Z didn't seemed fazed by the whole sitch and even held a press conference with Mayor Eric Garcetti and L.A. County Supervisor Gloria Molina at City Hall on April 16 announcing his plans to team up with Budweiser about the events. (We could make a "99 Problems" joke here, but we won't.)

Two-day general admission festival passes are $185 and VIP passes are $599. They can be purchased here.