Last night's entry into the final season of Mad Men had us split between LA and NYC, with part of the agency branching out to the West Coast. All in all, Los Angeles has gained 3.5 characters: Megan Draper, Pete Campbell, Ted Chaough, and the now bi-coastal Don Draper. Click through for a look at LA in the late 1960s, and below a look at Matthew Weiner's version of it... 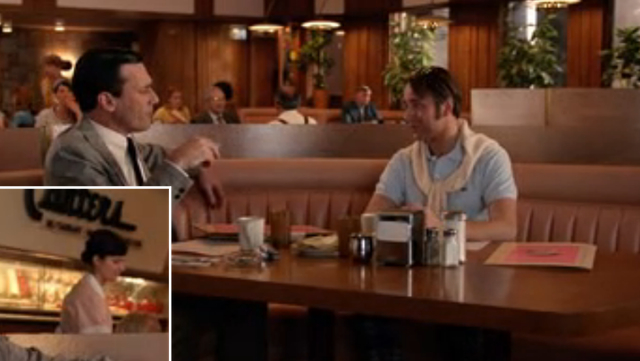 Pete, who is really diggin' on LA, brings Don to Canter's Deli, where they order Brooklyn Avenues and non-alcoholic iced teas (were these the juices of the '60s?): "It's a pastrami with the coleslaw right on the sandwich. Believe it or not Brooklyn Avenue is a street in East Los Angeles. The New Yorkers here, they brought everything we need. [But] the bagels are terrible." He tells Don he found the joint during a moment of homesickness. 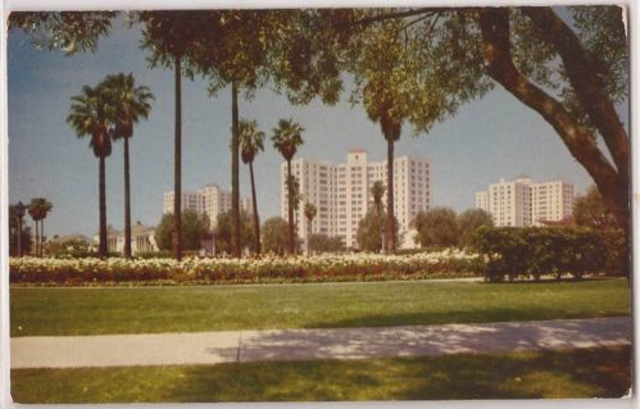 Pete tells Don, "I have an apartment by the tar pits, it's one bedroom but two stories." (Maybe one of those old dingbat style buildings, but more than likely something in the massive Park La Brea Towers.) He adds, "This city is flat and ugly, and the air is brown, but I love the vibrations." Pete's not long for the tar pit area, however, he's on the lookout for "the perfect pad" with help from his California blonde realtor. 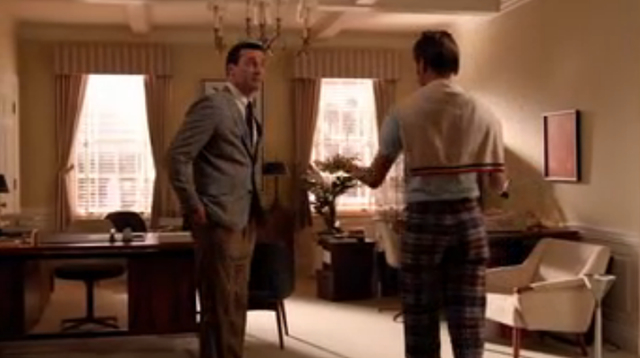 This is in Beverly Hills—Pete tells Don, "Beverly Hills has the patina of show business, but it's really just accountants, lawyers, and dentists. And you can walk to lunch... although I don't." He's fitting right in! 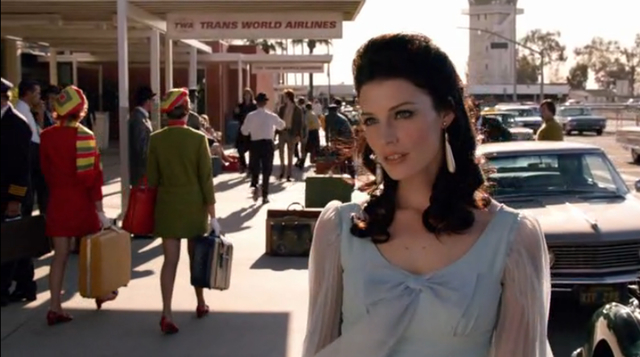 Megan makes a stunning entrance—we first see her at LAX, where she picks up Don in her convertible. The show did film at the real LAX, and was actually filming during the shooting in November. Expect to see more of it during the season, as various cast members will likely be moving between coasts. 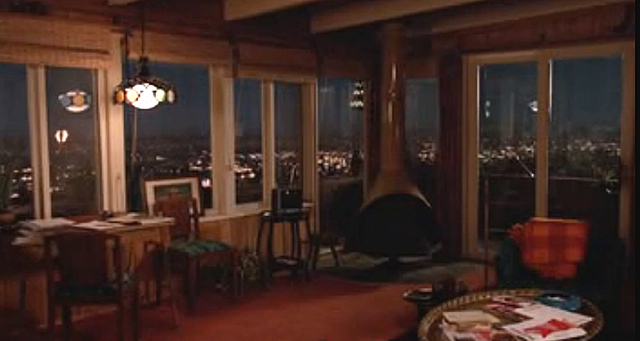 Don tells Pete and his realtor: "I wanted to live by the ocean but my wife rented a house in the hills. Great view." When asked: "City or valley?" Don responds, "I don't know." Megan seems to like her little bohemian house in the hills, telling Don, "I love it, but my next house is gonna have a pool." He asks, "Are you sure you don't want to move into a more populated area? It's like Dracula's Castle up here." She also references the coyotes ("They're far away Don, it's just what happens to the sound in the canyon") and fires ("Don't flick any cigarettes off the balcony... I don't know how, but everyone says they can tell where the fire starts"). Wherever in the hills of LA Megan is, it certainly gives off a Manson Family vibe. 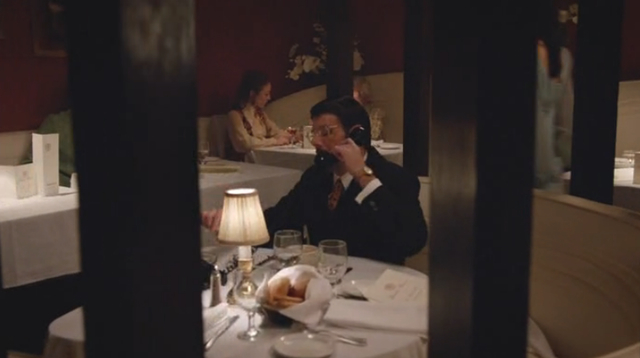 Megan and Don met her agent at what looks like The Dresden on North Vermont Avenue, which opened in 1954. You can see the wooden beams and off-white vinyl booths in the shots of the classic lounge. (It's an iconic spot in LA where real-life couple Marty & Elayne have been known to do a jazz and lounge singing act for years.)