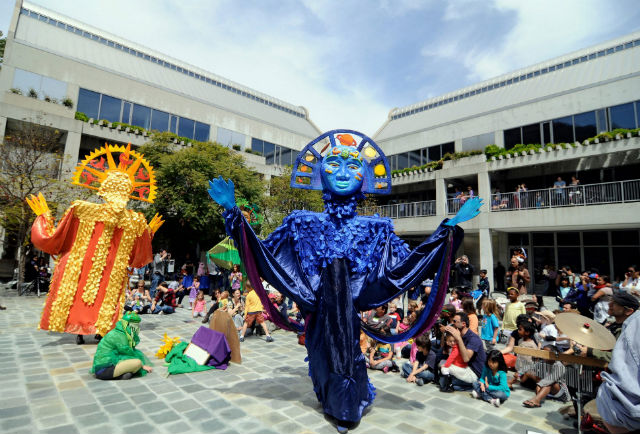 The L.A. Puppet Fest 2014 returns to venues throughout the city, including the Skirball. (Image: Courtesy of the Skirball Cultural Center)

We found a number of notable happenings in April, so we're ready to help you plan your social calendar. Read on for all the event picks and details.

PHOTO: April is MOPLA—Month of Photography: Los Angeles with various events and exhibitions being held all over the city to bring photography professional, amateurs and admirers together to celebrate the art form. The photography events feature commercial, fine art and photojournalistic works. The official opening event takes place on April 3 from 7-10 pm at Mr. Musichead Gallery with the exhibition Symphony for the Devil. Free.

YARN: The annual Yarn Crawl LA County 2014 features promotions at more than 28 yarn stores in L.A. Crafters can check out participating locations for free patterns, brand new yarns, designer trunk shows, extended store hours, drop-in classes and special freebies at every store. At every store, get a stamp for a chance to win raffle prizes.

"Half The Road" trailer from kevin tokstad on Vimeo.

BICYCLE FILM FESTIVAL: The Bicycle Film Festival returns to downtown L.A. on April 4-5 at the Aratani/Japan America Theatre. There are four screenings of narrative and cinematic films scheduled throughout the weekend including the premiere of Half the Road, a feature about the challenges of women’s cycling; the Saturday programs are dedicated to short films. The BFF is sponsored by KIND Healthy Snacks and to promote the fest, they’re offering free Kind delivery and free roses via bike messenger to select zip codes in L.A. Screening tickets: $11+ fees for each program.

BIKING CicLAvia - Iconic Wilshire Boulevard closes off Wilshire on Sunday (April 6) between 9 a.m. and 4 p.m. The route runs between One Wilshire in DTLA and Museum Row. These two hubs will also be walking-only zones with special programming, food trucks and more. Other pedestrian hubs include MacArthur Park, Koreatown and Mid-Wilshire. This will be the last time CicLAvia on Wilshire for awhile—until major street level construction of the Metro Purple Line subway extension is completed through the Miracle Mile. Free.

FILM FESTIVAL: The TCM Classic Film Festival returns to Hollywood from April 10-13 showcasing films under the theme "Family in the Movies: The Ties that Bind." Films include Oklahoma!, Whatever Happened to Baby Jane and American Graffiti—and that’s only on day 1. Screening venues include Egyptian Theater, El Capitan, the TCL Chinese 6 and The Montalbán Theatre. Individual tickets: $10-$30. Passes: $249-$1,599. 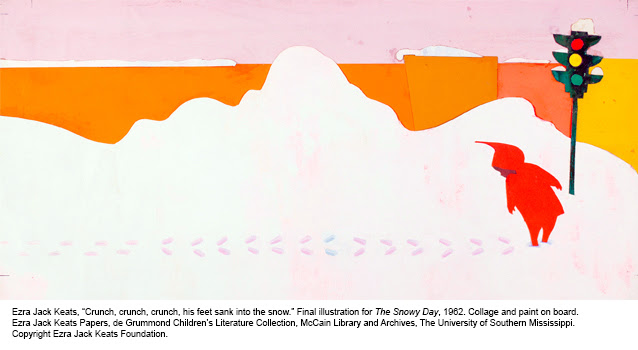 THURSDAY, APRIL 10 TO SUNDAY, SEPT. 7
ART: The Skirball Cultural Center presents the exhibition The Snowy Day and the Art of Ezra Jack Keats from April 10-Sept. 7. The exhibition honors the author and illustrator Ezra Jack Keats (1916-1983), “who paved the way for multiracial representation in American children’s literature.” Keats’s The Snowy Day (1962) was the first full-color children’s picture book to feature an African American protagonist. It went on to win a Caldecott Medal and has sold more than 5 million copies to date. The works on view features more than 80 original works by Keats. Admission: $5-$10. Free on Thursdays.

MUSIC: Coachella takes over the desert on April 11-13 and April 18-20 with Arcade Fire, Outkast and Muse as headliners. Everything’s like sold out, but where there’s a will—or a lot of money—there’s a way.

ART: Subliminal Projects presents the exhibition Shepard Fairey: 50 Shades of Black, with an opening reception on April 16 from 8-11 pm. It’s his third installment of new album cover-inspired artwork. Friend DJ Z-Trip joins Fairey for a live performance on opening night, with special guests dropping by. The opening event is free but RSVP is required to rsvp@subliminalprojects.com.

FOOD: The first KTOWN Night Market will take place on April 18-19 at Robert F. Kennedy Community Schools. Not only will there be 40 food booths onsite, but also a special selection food trucks, curated by the Seoul Sausage Company, including Grill 'Em All, The Lime Truck, Jogasaki Sushi Burrito, Fluff Ice, CoolHaus, Bowled & Beautiful, East LA Tacos, White Rabbit, India Jones and Belly Bombz. The entrance is free (but the food and drinks are not).

CIRCUS: The Circus & Aerial Arts Troupe presents the debut performance of This End Up: The Messiest Show on Earth in the Vault at The Big Art Factory Warehouse in DTLA on April 18-19 and 25-27. The immersive aerial circus art production also features silks performance, aerial bungee, lyra, clowning and ﬁre-eating, performed in the middle of brightly colored powder. The show is inspired by India’s Holi Festival of Colors. This End Up tickets are $20 in advance and are $25 at the door.

RECORDS: Record Store Day takes place on Saturday, April 19, to celebrate the culture and independent businesses of 1,000 independently owned record stores in the U.S. One of the events that caught our eye was the Record Parlour’s all-day party with 20% off LPs, stereos, turntables, jukeboxes, concert posters, with live bands and DJs and free foods and drinks.

LEBOWSKI FEST: Lebowski Fest Los Angeles promises to be epic this year. The traveling festival that celebrates all things related to the Coen Brothers’ cult classic, The Big Lebowski, features bowling, white Russian consumption and screening of the film. But this year, The Dude himself makes an appearance as Jeff Bridges & The Abiders are playing in Lebowski Fest concert lineup at The Wiltern on April 25. The Kyle Gass Band also plays and other special guests include Jim Hoosier (Liam!), Luis Colina (Corvette Owner), Robin Jones (Ralph’s Girl), preceding the screening of film. Tickets to the concert/screening: $35. Other events are sold separately.

PHOTO: Paris Photo Los Angeles, a leading photographic art fair, returns to Paramount Pictures Studios from April 25-27 for the second year in a row. There are more than 81 international galleries and booksellers participating, with a special programs including a Dennis Hopper Tribute, UNEDITED!: The LAPD Photo Archives, as well as dozens of group and solo exhibitions and screenings. Admission: $28-$40. Parking: $12.

MAC & CHEESE: The L.A. Mac and Cheeze Takedown takes place on April 27 from 2-4 pm at The Bootleg Theater. The Brooklyn-based competition is seeking home cooks to compete for free for cookware prizes from Wusthof, Anolon and Microplane, while if you want to just come down and taste and vote, it’s $15.