LAPD Says They're Investigating Every Car In Los Angeles, Including Yours 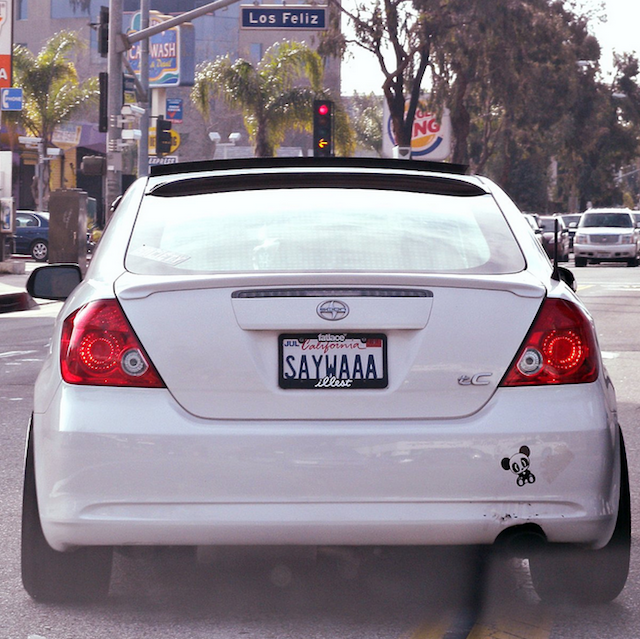 The LAPD and LASD have been collecting information on every license plate in Los Angeles as part of an ongoing "investigation"—whether or not a crime has been committed. Big Brother much?

The American Civil Liberties Union (ACLU) and the Electronic Frontier Foundation (EFF) have been digging into the reasons behind why the LAPD and LASD has been hoarding this data without any "judicial oversight," according to Boing Boing.

The law enforcement groups have been using automatic license plate readers (ALPRs) mounted atop of their patrol cars and on telephones poles to take high-tech images of license plates, and logging info on the date and location of these instances, according to a press release from the EFF. So, every time you drive by one of those cameras, your info is getting stored, even if you haven't done anything wrong. And, according to EFF, you can learn more info about the owner of the car (say, for instance a home address) after doing a search on a license plate number.

The ACLU and EFF filed a lawsuit together against the LAPD and LASD in May 2013 under the California Public Records Act because the police groups wouldn't release any info on policies and training regarding the ALPRs. They also refused to release a week's worth of data so the ACLU and EFF could get an idea of what type of info they're keeping and looking for, according to a release.

The LAPD's response? "All ALPR data is investigatory—regardless of whether a license plate scan results in an immediate 'hit' because, for instance, the vehicle may be stolen, the subject of an 'Amber Alert,' or operated by an individual with an outstanding arrest warrant."

So, in essence, it doesn't matter if your record's squeaky clean—everyone in Los Angeles is being investigated.

Jennifer Lynch of EFF argues this goes against our Fourth Amendment rights in a blog post:

This argument is completely counter to our criminal justice system, in which we assume law enforcement will not conduct an investigation unless there are some indicia of criminal activity. In fact, the Fourth Amendment was added to the U.S. Constitution exactly to prevent law enforcement from conducting mass, suspicionless investigations under “general warrants” that targeted no specific person or place and never expired.

LA Weekly pointed out that there are two dozen police agencies that have info on 160 million data points revealing where L.A. drivers have been on specific dates.

License-plate recognition hasn't gone swimmingly in other cities. The Boston Police Department's ALPR program was shuttered after it was found "that the department failed to protect personal data and that license plate readers were deployed primarily in low-income neighborhoods," according to Aljazeera.

The LAPD, however, did acknowledge the privacy concerns in a brief:


[T]he privacy implications of disclosure [of license plate data] are substantial. Members of the public would be justifiably concerned about LAPD releasing information regarding the specific locations of their vehicles on specific dates and times. . . . LAPD is not only asserting vehicle owners’ privacy interests. It is recognizing that those interests are grounded in federal and state law, particularly the California Constitution. Maintaining the confidentiality of ALPR data is critical . . . in relation to protecting individual citizens’ privacy interests”

There will be a hearing on this issue at the Stanley Mosk Courthouse in April, according to EFF. Hopefully, there will be some transparency on ALPRs with less of a George Orwell's 1984 dystopian future vibe.