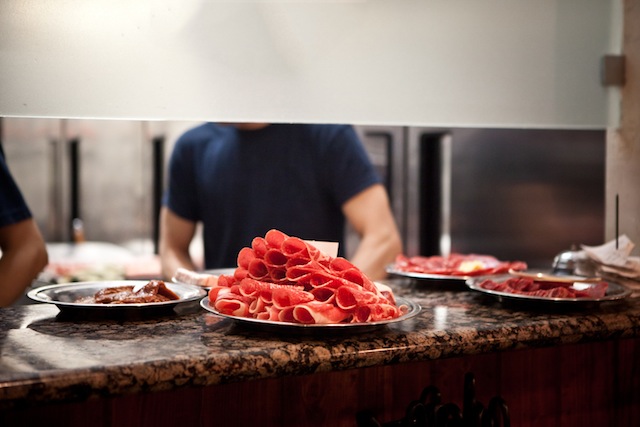 When we first got word that Koreatown would be getting its first KTOWN Night Market this spring, we were instantly on board. They teased us with photos of Korean BBQ, shaved ice, and soon tofu on their Instagram account. Now that the folks behind it have announced which food trucks will be there, we're just salivating.

The free KTOWN Night Market will take place on April 18 to April 19 at Robert F. Kennedy Community Schools. In addition to 40 food booths, the dudes behind Seoul Sausage Company (and winners of Season 3 of Food Network's The Great Food Truck Race) have hand-picked a special group of food trucks to partake in the event, according to a press release from the KTOWN Night Market.

However, the event has one more food truck spot open and KTOWN Night Market is holding a contest called "The Last Truck" to have folks vote for their favorites to get the spot. More info about the application process can be found here and the voting begins on the event's Facebook page on March 24.

And in case food isn't the only thing that revs your engine, KTOWN Night Market will also have 60 community and merchandise booths, live entertainment performances, K-pop workshops, a Yelp barcrawl, beer and wine garden and live art exhibits.

April can't come soon enough. We've got our bibs on and chopsticks in hand already.