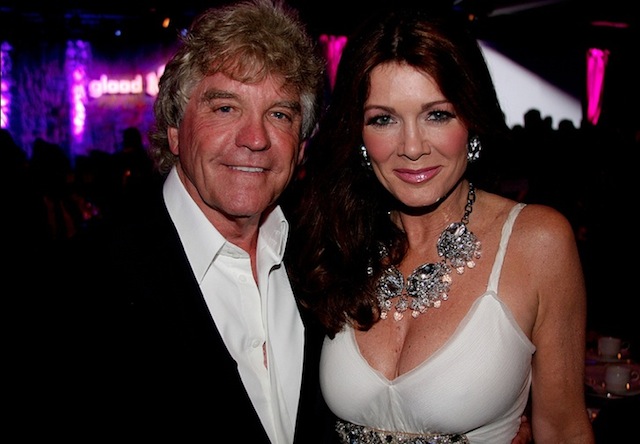 Apparently good ol' Thomas Keller isn't the only one having problems with the DOH. Lisa Vanderpump, star of "The "Real Housewives" and owner of Beverly Hills restaurant Villa Bianca, has been slammed with serious health code violations.

And some of them are pretty vile.

"Villa Blanca has been hit again with critical violations by the Health Department on February 2, for improper holding temperatures, inadequate handwashing facilities, unapproved utensils, and unclean floors and walls. The most notable peccadillo is the oddly worded "no rodents, insects, birds, or animals," which seems to imply that one of those items were found (yes, birds or animals). Still, Villa Blanca maintains an A Rating after achieving a score of 90. This comes sixth months after a three day closure for "no rodents, insects, birds, or animals" that dropped the score to 91. Also remember that someone got chopped cardboard twice in their salad last May."

Vanderpump and her husband Ken Todd have had a rough go of things as of late, if you recall. Todd was recently attacked with a cement chipper at the couple's other restaurant, PUMP.

At least they have little Jiggy to comfort them.