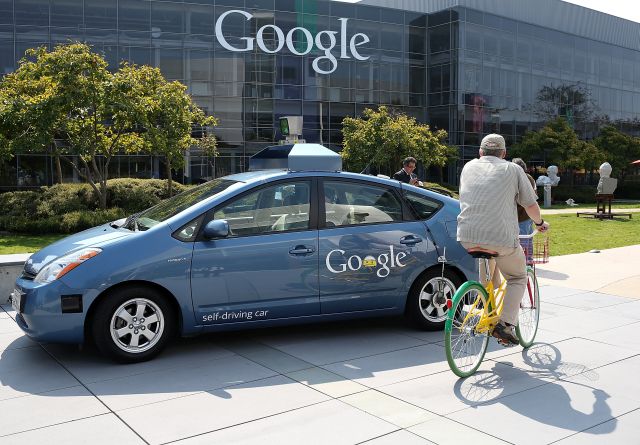 As the futuristic self-driving car inches closer and closer to the roadway, the California DMV conducted its first public hearing on what to do with those crazy computer-driven contraptions.

Specifically, the DMV is trying to get a leg up on putting down rules on a technology that is years (as opposed to decades) away from being commonplace, according to the Associated Press. Some of the issues raised included how the DMV would test "drivers" of self-driving cars, the overall safety of the cars and whether or not Google would use the cars for ads (like they do with basically everything else).

There is already a law in California's books that legalizes self-driving cars on the road, and part of that bill requires the DMV put some regulations down by the end of the year. A rep for Mercedes-Benz claimed that the DMV should test drivers on how to start a self-driving car or how to stop it in case of an emergency, while a rep from Google claimed that manufacturers should be responsible for the cars' overall safety. When someone on Twitter raised a question about whether someone should even be in the driver's seat of a self-driving car, DMV attorney Brian Soublet said that they were "still grappling" with that issue, indicating that they have a long way to go.

While other car companies, such as Audi and Mercedes-Benz, have tested their own driver-less cars, Google has been at the forefront of the self-driving car revolution for years, first debuting it in 2010.

Which raises the inevitable issue that was touched upon today: user privacy and the possibility of Google being, well, Google. They already harvest user information to hawk ads, and a rep for the Consumer Watchdog group is concerned that Google's version of the self-driving car could co-opt sensitive driver info into a new and exciting way to sell you stuff. A rep from Google, who tensely (we think) sat across from the consumer advocate, provided no comment on that issue, the AP says.

Since the federal government has been lollygagging on this issue for years, the AP says, California could set the national standard for self-driving cars in the future. Don't mess this up, DMV.