It's Actually Illegal To Play Ball On The Sidewalks And Streets Of L.A. 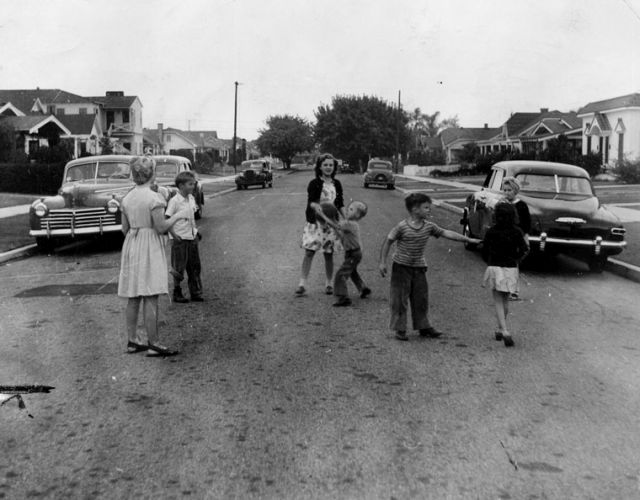 How's this for a ridiculous law: the city of Los Angeles actually prohibits playing ball in the streets. Yes, some of the most mundane, yet important activities that many children experience are considered illegal in this city.

The entire wording of the ludicrous law, first brought to our attention by Flying Pigeon, is as follows:

No person shall play ball or any game of sport with a ball or football or throw, cast, shoot or discharge any stone, pellet, bullet, arrow or any other missile, in, over, across, along or upon any street or sidewalk or in any public park, except on those portions of said park set apart for such purposes.

So, not only is playing ball on the sidewalk illegal, so is playing in areas of a public park that isn't specifically designated for that kind of activity. Seemingly innocuous activities such as street basketball and tossing a football on the sidewalk are against the law if they're not in their proper areas. For what it's worth, the law is under the "public hazards" section.

Flying Pigeon is going so far as saying, "childhood remains illegal in Los Angeles," even suggesting that a "Legalize Playing Lobby" should get together and conduct "play ins" that involve playing ball in front of City Hall.

Now that sounds like the most delightfully fun form of civil disobedience ever.