Video: Justin Bieber Acts Like A Total Jerk During Deposition 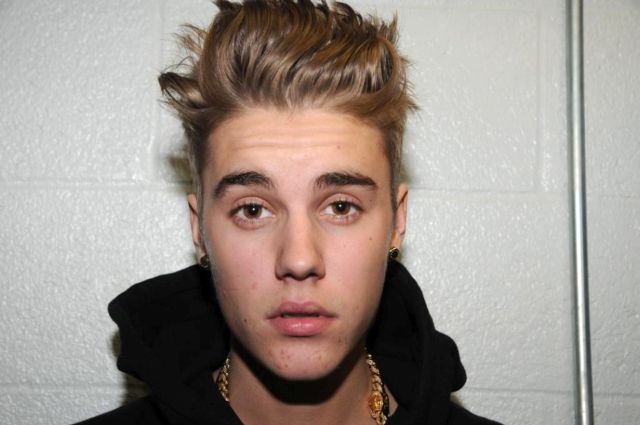 Justin Bieber during his booking in Miami in January. (Photo by Miami Beach Police Department/Getty Images)

Justin Bieber sat through a deposition last week in Miami, and to nobody's surprise, he acted like a total ass. Bieber was asked questions in relation to Jeffery Binion, a photographer who was allegedly roughed up by one of Bieber's bodyguards, and he made sure that he wasn't going to cooperate.

Throughout the deposition, Bieber smirks and plays ignorant as the photographer's lawyer, Mark DiCowden, asks him questions that are mostly unrelated to the case, touching on subjects such as Selena Gomez and Usher. In the video, obtained by TMZ, Bieber conducts himself as some kind of world-weary drug kingpin (maybe it was the Miami setting?), seemingly annoyed with the whole legal process.

The entire deposition lasted over four hours, according to TMZ, but some of the best clips are below.

Here, we find Bieber ruthlessly antagonizing the lawyer and forgetting if he ever went to Australia:

In this clip, Bieber gets a little touchy when the lawyer asks about Selena Gomez, and offers the direst of warnings, eyes aflame with anger:

Here, Bieber rattles off the names of journalists and news programs to impress everyone in the room:

And finally, Bieber admits what we all knew: "I think I was detrimental to my own career."

All of this would sound and look so much cooler if it came from anyone else. Besides, Lil Wayne did it better.