18 Of Our Favorite Events This Week

LAist gets a lot of press releases and we go through all most of them to curate a list of our favorite events happening in LA. In addition to our monthly March Favorite Events, we have 18 more events that happen this week alone. Read on for all the details.

COMEDY: It’s that time of year again—March Comedy Madness 2014 is upon us. Comedians are placed in brackets to go one-on-one in the 8th annual March Comedy Madness single elimination comedy competition. There can only be one champion. On Monday, there’s a Wildcard competition at 8 pm at Jon Lovitz Comedy Club, Universal CityWalk. The audience decides who can make the wildcard brackets. Featuring emcee Griff Pippin and special guests Laurie Kilmartin and Mo Mandel. Tickets: $10 (plus a two-item minimum). 18+.

MUSIC: School Night welcomes live music and DJ sets from both up-and-coming and seasoned artists every Monday night at Bardot in Hollywood. Playing live are: Mighty Oaks, Gossling, Cheyenne Mize and DJ set by Carlos Cancela. Free with RSVP for those 21+; $10 for 18+ with RSVP. Doors at 8 pm.

Just Like Being There (trailer) from Cinefamily on Vimeo.

FILM: The documentary Just Like Being There screens at Cinefamily at 7:30 pm. The film’s described a love letter to the gig poster. The posters first took hold with the psychedelic late-'60s designs. The doc features live performances by Spoon, Nada Surf, Archers of Loaf, The Thermals and Tokyo Police Club, too. Filmmaker Scout Shannon will be in attendance with a back patio gallery show with local L.A. poster artists: Little Friends of Printmaking, Dimitri Simakis, Hero Design Studio and Weather Maker Press. Tickets: $12/free for members.

ART: Mural by Jackson Pollock is considered one of the 20th century’s iconic paintings. It was commissioned in 1943 by art collector/dealer for her New York City apartment. The Getty’s latest exhibition presents the newly restored work alongside findings from the Getty's research. The exhibition remains on view through June 1.

LIT : At 7 pm, Book Soup hosts Saul Austerlitz, who discusses and signs Sitcom: A History in 24 Episodes from I Love Lucy to Community. The books is a “carefully curated tour through TV comedy series,” examining the genre using single episodes like Seinfeld's "The Pitch," and Freaks and Geeks’ "Dead Dogs and Gym Teachers," as jumping off points for discussion.

MUSIC : Ozomatli celebrates the release of their new album Place in the Sun with a a special in-store performance at Amoeba Records in Hollywood at 76 pm.

LIT : At 7 pm, Book Soup hosts Lew Irwin who discusses and signs Deadly Times: The 1910 Bombing of the Los Angeles Times and America’s Forgotten Decade of Terror. Between 1907 and 1911, more than 200 bombings took place in the U.S., including the dynamiting of the L.A. Times building in 1910, which killed 21 people.

POETRY: Skylight Books hosts poet Douglas Kearney who reads/performs work from his latest book Patter. In this, his third collection, Kearney takes on fatherhood and “re-imagine(s) miscarriages as minstrel shows, magic tricks, and comic strips; set Darth Vader against Oedipus's dad in competition for 'Father of the Year'; and interrogate the poet's family's stint on reality TV.”

ART: The traveling public art project Stop Telling Women To Smile (STWTS) hopes to address “gender based street harassment.” Portraits of women are being placed in some of LA’s public spaces, along with captions that speak directly to offenders. The project aims to raise awareness and empower those who confront harassers. There’s a special exhibition signing event by Brooklyn-based artist Tatyana Fazlalizadeh at the Downtown Art Walk from 5:30-9:30 pm at Nopal Press (109 W. 5th St.). 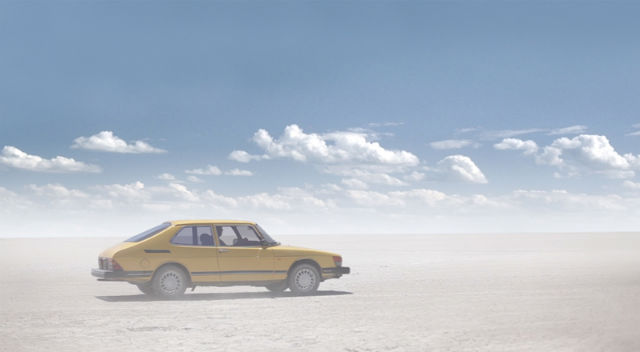 Quentin Dupieux's 'Wrong' screens at the Laemmle NoHo 7 on Thursday, followed by a Q&A with the filmmaker and actors. (Film still: Courtesy of 'Wrong' the film)

FILM: Film Festival Flix is a monthly premiere event that screens award-winning festival films from around the world. Screening on Thursday is Wrong by Quentin Dupieux, starring Jack Plotnik of Reno 911. Dolph Springer radically changes the lives of others as he tries to get Paul, his dog and the love of his life, back. In doing so, he risks his own sanity in the process. The event starts at 6 pm with no-host cocktails at Bow and Truss in NoHo. The film screens at 7:30 pm at Laemmle NoHo7, followed by a Q&A with the filmmakers and cast. Post-screening reception at Eclectic Wine Bar and Grill.

HAPPY HOUR: Old Pasadena continues its “libation celebration” with a number of tastings, pairings, demos that celebrate the spirits and all things happy hour. Get Happy features a number of participating restaurants, bars, and lounges with food and drink specials every day of the week. On Thursday from 7-8 pm at Kings Row Gastropub, there’s a free Tullamore Dew Irish Whiskey Tasting.