Weekend Planner: 20 Things To Do in L.A.

LAist gets a lot of event announcements, and we comb through them all to bring you a curated list of what’s happening in LA this weekend, including these 20 events. Now, no more excuses...so get out there and play. Don’t forget to check out other picks in our monthly column, too. Read on for all the details.

MUSIC: The Boston-based band Aer headlines a show at El Rey with New Beat Fund and RDGLDGRN. Doors at 7 pm, show at 8. Tickets: $17.

MOVIES: The Petersen Automotive museum is hosting a special showing of Ghostbusters at 7 pm to honor the late, great Harold Ramis. Admission is free and Johnny Rockets will be onsite for snacks, including $1 milkshakes and free popcorn. Regular parking rates apply. Seating is limited and RSVP is required.

COMEDY: It’s time for another interactive Dead Authors session at UCB, hosted by H.G. Wells (Paul F. Tompkins). Thanks to the miracle of science and magic, “extremely dead authors time travel to the present and are brought together to discuss their lives and works.” For this latest installment, Wells interviews E. Gary Gygax (Chris Tallman), founder of D&D. Proceeds from the evening benefit 826LA. Admission: $5. 6:30 pm.

ART: The Hammer Museum presents an exhibition featuring emerging artist Andra Ursuta. “Her latest body of work grew out of her fear of death, which fuels her obsession with the subject. She avoids cemeteries but makes imaginary visits to graveyards as a cathartic exercise.” For this exhibition, she’s created an abstract graveyard of sculptures in the vault gallery. The show is on view through May 25. 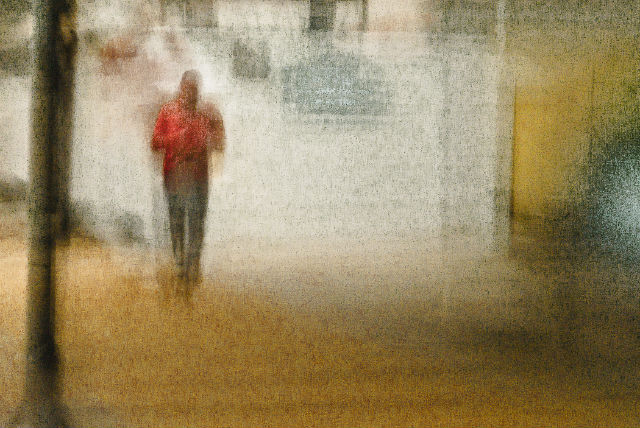 Leica Gallery LA presents works by three different photographers, including Sol Hill. (Image: Courtesy of the gallery and the artist.)

ART: In celebration of MOPLA (Month of Photography LA) Leica Gallery LA chose three photographers who use LA-centric subject matters in their work: Sol Hill - Signal From Noise; Domenico Foschi - Women; and Sara Jane Boyers - Gridlock. Their works are on view through April 13.

TENNIS: The city of West Hollywood hosts two tennis open house events this weekend, beginning on Saturday at West Hollywood Park (1-4 pm) and then at Plummer Park on Mar. 9 (from 1-4 pm). The events are for both beginners and advanced players alike. To participate in the tennis open house events, RSVP by email to info@itennisweho.com or call the iTennis pro-shop at (323) 450-7560.

HISTORY: The Los Angeles City Historical Society presents the free lecture Chasing Ghosts: Chronicling Los Angeles’ Hidden Italian History from 2-4 pm at the Mark Taper Auditorium in the Richard J. Riordan Central Library. Marianna Gatto of the Italian-American Museum of Los Angeles talks about the history of LA’s Italian residents from 1827 to 1927, including rare and unpublished photographs and archival documents.

ART: Forest Lawn Museum holds an opening reception from 6-8 pm of A Million and One Pieces, the first solo museum exhibition by David Tracy, featuring contemporary furniture and sculptures hand-crafted from Legos. His works range in size from 2,700 to 26,000 Lego bricks. Free.

ART: ESSNTL, a new gallery opening in Bergamot Station, presents a new solo exhibition Phantasmagoria by LA artist Wyatt Mills. He explores the “origins of overstimulation within our society from both digital and traditional media platforms. The opening reception takes place from 6-11 pm on Saturday with the works remaining on view through April 5.

WINE: More than 155 wineries from the Family Winemakers of California are at the Pasadena Convention Center on Sunday for an extensive tasting. There will be more than 750 wines available as well as opportunities to meet the winemakers. There’s a trade-only tasting from 1-3:30pm, and an additional tasting open to both the public and trade from 3:30-6: pm. Tickets: $60 in advance (through March 8); $70 at the door based on availability. No charge for designated drivers.

VARIETY : Captured Aural Phantasy Theater presents Forbidden Love at 7:30 pm at the El Cid. The theater troupe combines the drama and comedy of a 1950s vintage radio show by interpreting/retelling stories from old comic books that were censored in the 1950s. The show also launches Phantasy Faire, a mini-comic con and nerdy market place set up on the El Cid patio where a select group of vendors will sell items “both geek and chic.” Tickets: $10+ fees.