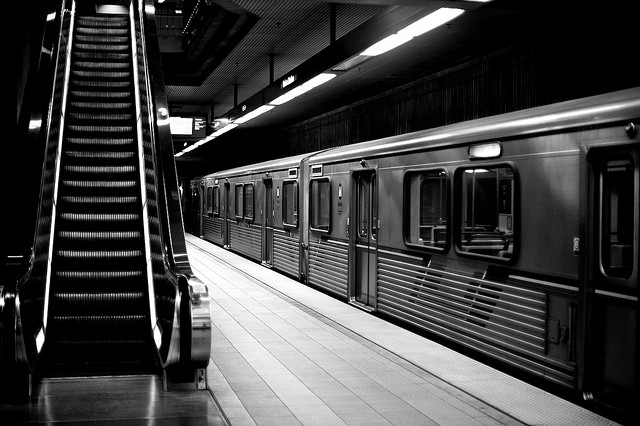 In a scene right out of many subway commuters' worst nightmare, a blind man was run over by a Red Line train after he fell onto the tracks. Incredibly, he survived largely unharmed.

The 47-year-old was was using his cane to feel his way around the Wilshire/Vermont station platform when he fell over after getting too close to the edge, according to the Los Angeles Times. The conductor saw the man teetering closer and closer to the track and sounded the horn, but it was too late. The man fell on a track bed between the rail and the subway platform's base, and two train cars went over him before it came to a stop.

"If he would have fell a different way he could have been easily crushed under the train," Metro spokesman Paul Gonzales told City News Service. "It was a miraculous ending."

Passenger Graham Purvis told the Times that initially the conductor said that there was someone under the tracks and urged passengers not to look. "I got sort of a sick feeling," Purvis said, adding that the conductor didn't tel passengers if the man survived. "I wanted to look, but also didn't."

The man is currently at L.A. County-USC Medical Center, where he is expected to recover and count every one of his lucky stars.