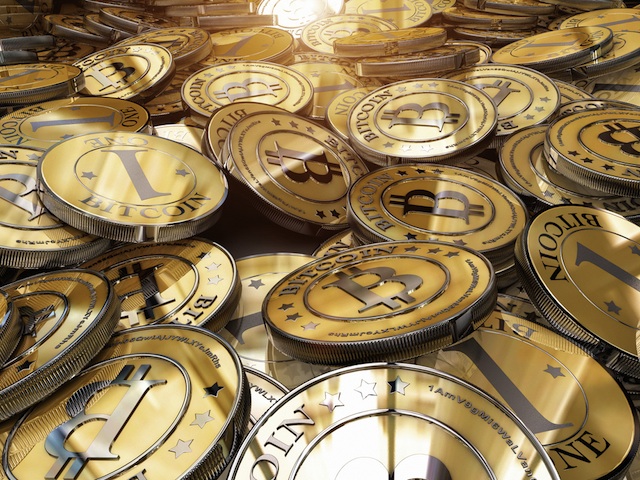 Folks have been trying to determine if the inventor of the Bitcoin, Satoshi Nakamoto, has been a pseudonym all along or a code name for a group—until now. Newsweek claimed today that they've found the mystery man: Satoshi Nakamoto is indeed his real name and he's been living a humble life in Southern California and driving a silver Toyota Corolla CE. Not even his family knows for certain of his involvement in the virtual currency.

Up until when Newsweek's Leah McGrath Goodman caught up with him, the alleged 64-year-old Bitcoin founder was living a quiet life in Temple City, CA in a single-family home—and looking rather disheveled and frazzled. Goodman's exact description was that Nakamoto "has the thousand-mile stare of someone who has gone weeks without sleep."

When Goodman arrived at his door and questioned Nakamoto about his involvement in Bitcoin, he admitted to it. "I am no longer involved in that and I cannot discuss it," he told her. "It's been turned over to other people. They are in charge of it now. I no longer have any connection."

It's a humble life for a man who has an estimated $400 million in Bitcoins, Newsweek says. The virtual currency is an efficient peer-to-peer form of money that can be traded without bank fees, and has been used to buy everything from Tesla sports cars to donating money to a political campaign. Even wiring money internationally is easily done with the click of a button using Bitcoins.

Bitcoin chief scientist, Gavin Andresen, who worked with Nakamoto from June 2010 to April 2011 (however, he also didn't know if Nakamoto was a pseudonym) has an idea on why Nakamoto has laid low:

"If you come out as the leader of Bitcoin, now you have to make appearances and presentations and comments to the press and that didn't really fit with Satoshi's personality," he says. "He didn't really want to lead it anymore. He was pretty intolerant to incompetence. And he also realized the project would go on without him."

Newsweek's two-month investigation has led to some interesting tidbits about Nakamoto. First of all, his name is his legal name and not a pseudonym as others believed it to be. However, ever since he graduated college at the age of 23, he's been going by the name he legally changed it to, "Dorian Prentice Satoshi Nakamoto," and signing documents as "Dorian S. Nakamoto." Nakamoto, who was born in 1949, emigrated from Japan to the U.S. with his mother, Akiko, and his two brothers when he turned 10. (His 93-year-old mother apparently lives with him in his Temple City home now.) He graduated from Cal Poly Pomona with a degree in physics. He has six children and although he's separated from his second wife Grace Mitchell, they never divorced.

He's been described by his family members as "brilliant" but also an "asshole." He's known to be moody and secretive. All his family know is he's working on "classified" work and has never been able to get him to admit his work with Bitcoins. They know he's worked on military projects and as a computer engineer. However, the man was laid off twice in the 1990s and Andresen told Newsweek that Nakamoto stopped communication with him in 2011.

However, Newsweek's exposé on the man and divulging so many intimate details about his life could be troubling. Mashable reported that the photo Newsweek published in their magazine copy of Nakamoto's home clearly shows his home and car's license plate number, putting the man's safety at risk.

UPDATE 10:25 a.m.: Camera crews are outside of Nakamoto's home and an L.A. Times reporter has tweeted a photo of a woman believed to be Nakamoto's mom getting into a car.

A woman we presume to be Nakamoto's mother has emerged from the house, was helped into a waiting car #houseofbitcoin pic.twitter.com/DHwWhUi9RQ

UPDATE 2:40 p.m.: The media has swarmed Nakamoto's house, and the once-secret man ended up riding in a car with an AP reporter while other journalists chased them down, reported the L.A. Times.

Here's a Twitter photo of the media filming Nakamoto outside of his home:

Joe Bel Bruno of the L.A. Times gave a play-by-play on Twitter of the car chase. While Nakamoto was getting hounded by questions and denied his involvement with Bitcoins, he randomly chose an AP reporter to go to lunch with. Here's the video of that moment:

Bel Bruno tweeted that the AP reporter took Nakamoto in his Prius to a sushi restaurant in Temple City so they could talk. However, the other reporters chased them down and barged into the restaurant, leaving the pair to flee again. After a chase on the 10 Freeway where they ended up in downtown L.A., the reporter took Nakamoto inside the AP bureau. Bel Bruno writes that the other reporters weren't allowed into the parking garage because it's private.

However, L.A. Times' tech reporter Andrea Chang jumped into the elevator with the two and confronted Nakamoto about Bitcoins:

Nakamoto now in DTLA. Told me in elevator that he's not involved with #Bitcoin, engaged in weird car chase "all for a free lunch."

Nakamoto, when I asked him in elevator why he told Newsweek he used to be involved with #bitcoin: "No no no I was never involved."

However, she seemed skeptical about his response:

He could be telling AP something entirely different, though.

Andresen expressed his regret in talking to Newsweek on Twitter:

("Dox" is Internet-speak for revealing info on a person, according to Forbes.)