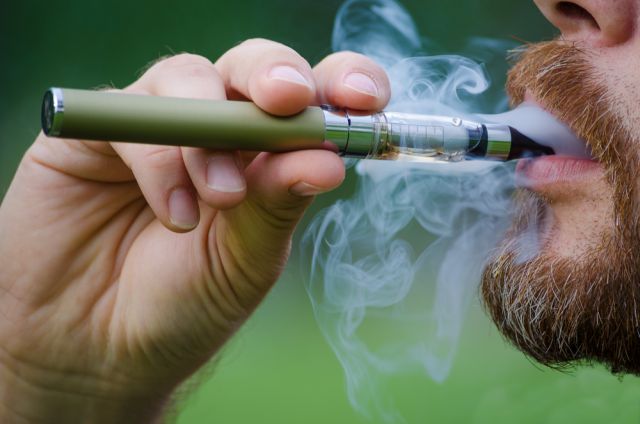 (Photo by Marc Bruxelle via Shutterstock.

The L.A. City Council's unanimous vote for far-reaching regulations on e-cigarettes, while not in effect just yet, sends a message that vapes can be just as bad as real cigarettes. But some health experts think L.A.'s reasons for passing these brand new regulations are bunk.

The proposal approved today, which just needs one signature from Mayor Garcetti to become law, effectively bans vaping in private businesses, as well as public areas such as beaches and parks. This is something that doesn't sit well with one health expert.

"To justify banning vaping in private businesses, there needs to be solid scientific evidence that secondhand vapor is harmful to bystanders," Dr. Michael Siegel, a professor of public health at Boston University, told LAist. "However, there is currently no evidence that 'passive vaping' poses any substantial public health risks. Thus, I do not believe that the L.A. legislation is justified."

Vapes are considered by many to be a better alternative to regular cigarettes because the nicotine-laced vapor comes from water and is tar-less. Many people who are trying to curb their smoking habit have turned to vapes to wean them off of cigarettes. This position is taken by former U.S. Surgeon General Dr. Richard Carmona, who penned an op-ed in the Daily News about why e-cigarettes need to remain unregulated:

A well-intentioned but scientifically unsupported effort like the current proposal could greatly impede the effort to defeat tobacco smoking. This regulation, if passed, would disincentivize smokers from switching to e-cigarettes, since many initially switch for reasons of convenience. It would also send the unintended message to smokers that e-cigarettes are as dangerous as tobacco smoking, with the result that many will simply continue to smoke their current toxic products.

On the other side of the spectrum, county health director Dr. Jonathan Fielding sees unregulated vapes as nothing more than an opportunity for smoking to increase.

"We have made such progress over the years, where smoking is down to about 13 percent, and it would be a shame to reverse that," Fielding told the Daily News. "We recognize that some say (e-cigarettes) help them quit smoking, but the strength of scientific evidence to get smokers to quit is not there."

Mayor Garcetti has ten days to sign or veto the ordinance, and if he does, it will take roughly 41 days to go into effect, the L.A. Weekly says. So this means that vape aficionados have only until mid-April to use their e-cigarettes wherever they want.

Enjoy it while it lasts.