Take a good look at the picture above. It shows celebrated Spanish actress Penelope Cruz, one of the most recognizable movie stars working today, with fellow film legend Robert De Niro. They're preparing to present the Oscars for Best Original Screenplay and Best Adapted Screenplay.

But apparently someone who was running The Academy's Instagram account thought the star of Volver and Vicky Cristina Barcelona was someone completely different:

Hoo boy. Looks like someone in the Academy can't tell the difference between Penelope Cruz and Salma Hayek.

It's been at least a couple of hours and the post still up, the Academy seemingly unaware of its glaring case of mistaken identity (Update: it's been deleted). Meanwhile, people on Instagram are letting them have it: 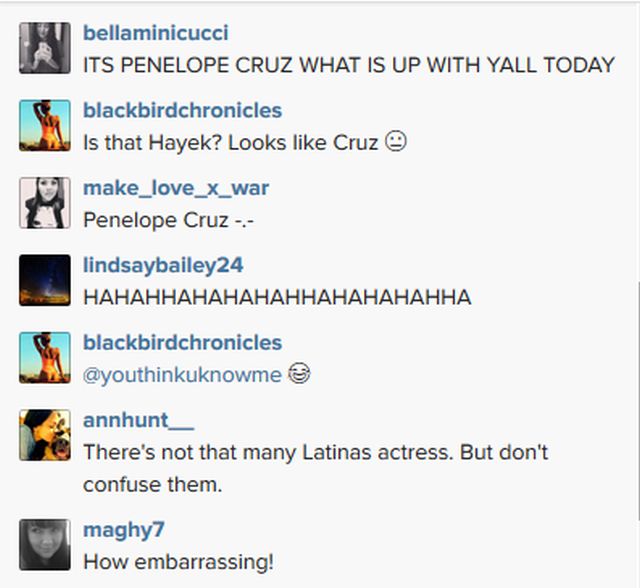 Yeah, we agree with bellaminicucci on this one. The Academy may have some explaining to do.

UPDATE: The picture has been deleted, so we put a screengrab up instead.