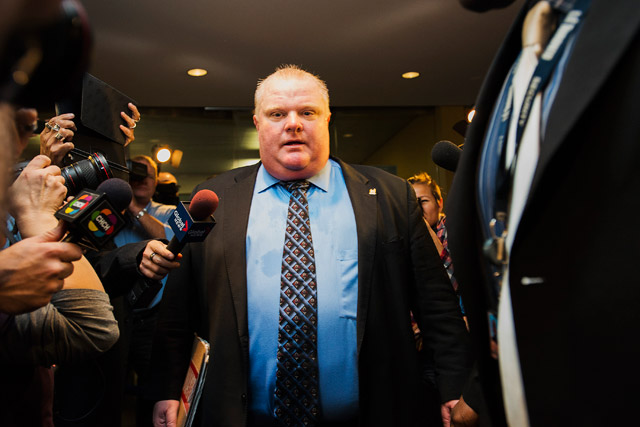 Toronto Mayor Rob Ford isn’t letting a little thing like a crack scandal prevent him from attending the Academy Awards and appearing on “Jimmy Kimmel Live.”

“I am going to the Oscars,” Ford told the Toronto Sun as he was boarding an L.A.-bound plane on Saturday. “It’s going to be fun.”

Jimmy Kimmel greeted the Toronto mayor as he arrived at LAX yesterday, according to a tweet from Ford. It has been confirmed that Ford will appear on “Kimmel Live” Monday night, even though Kimmel has been slamming Ford for months due to the scandal after Ford was filmed allegedly smoking crack and later admitted to having done so, among other allegations against him.

Thanks @JimmyKimmel for the warm reception and the drive from LAX cc: @JimmyKimmelLive pic.twitter.com/iHWT6uN5Q9

Ford also found the time to fit in a morning workout to get himself Oscar-ready.

Here’s a video of Kimmel’s best collected knocks against Ford.