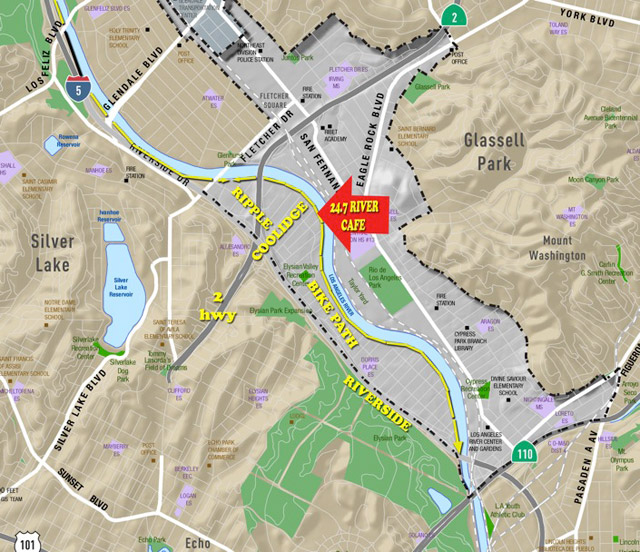 A map of where the festival will take place (Photo courtesy of Riverwild.la)

Taking place from 8 a.m. to 2 p.m. at mile marker 24.7 on the Los Angeles River Bike Path, just outside the RAC Design Build, the festival will encourage visitors to bike along the river path, offering rentals to those without bikes. (Head to 3048 N. Coolidge Avenue if you’re driving there.) The festival has been taking place intermittently since August, Los Angeles Magazine says.

Here are some of the festivities planned:

Additionally, there will be booths championing river-related causes, coffee by Cafécito Organico served out of a tiny 1920s hut on the path, hot dogs from Let’s Be Frank, juice and bike-churned ice cream from Peddler’s Creamery. And, since it’s all done by 2, you’ll have plenty of time to get home, have a drink and watch Jennifer Lawrence being awesome at the Oscars.