Videos: Orson Welles Is Drunk With Power In These Hilarious Commercial Outtakes 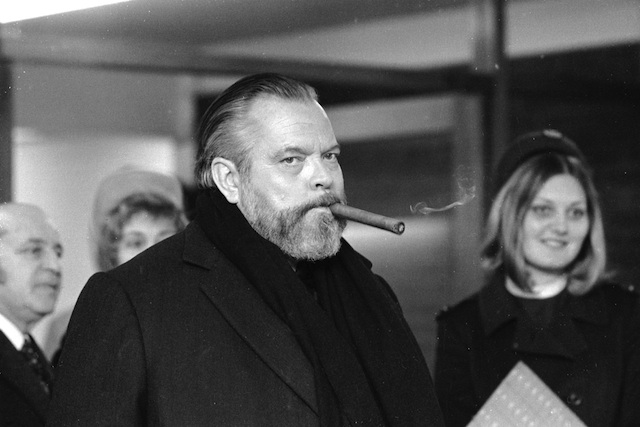 With Orson Welles being such a seasoned Hollywood actor, director and producer and who brought us Citizen Kane and Touch of Evil, it's a hoot to see this legend feisty and off of his A-game.

In this outtakes video from a commercial Welles shot for Paul Masson wines in the 1970s, we see a visibly and audibly drunken Welles slurring his words, making completely awkward silences, belting out drawn-out "ahh" and "mahaa" sounds. (But it's still oddly soothing to hear the Shakespearean-trained actor rolling his baritone voice through all of this!)

For his three-year stint, Welles became the face of Paul Masson wine commercials and made $500,000 a year plus residuals while he was at it, according to the book, "What Ever Happened to Orson Welles?: A Portrait of an Independent Career." However, he was known to be "prickly" and argumentative with the winery, and they sacked him after he said on a TV talk show that he was on a diet and wasn't drinking wine anymore.

In another of his infamous outtakes, this time doing a voiceover for Findus Frozen Foods' frozen peas commercial with a British agency, according to OrsonWelles.org, he rants on and on over how horrible he thinks the copy of the ad is and tries to change it to make it sound better (with unbridled ferocity, of course). Some of his choice comments included: "This is very wearying when it's unpleasant to read, unrewarding" and "This is a lot of shit, you know that?" It was so popular that even Animaniacs made a parody of it with animated characters Pinky and the Brain.