Get Ready For WiFi And Cell Phone Service On Metro Trains 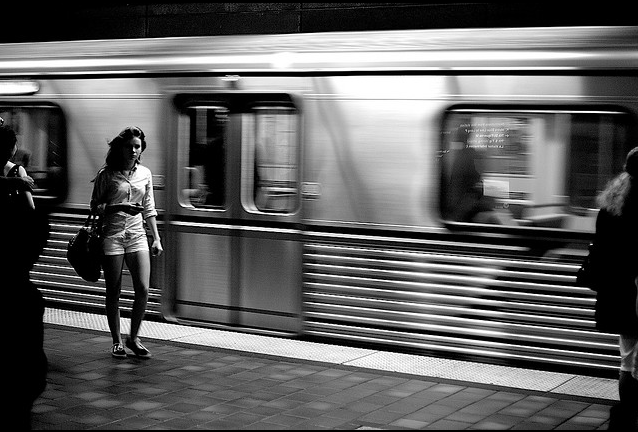 Looks like we may finally be able to experience the beautiful luxury of using our phones on all parts of the Metro. County Supervisor Zev Yaroslavsky announced last week that Metro will provide WiFi and cell services to underground tunnels and stations within a couple of years.

In a release, delightfully titled "Dial M For Metro WiFi," Yaroslavsky outlined a plan to unveil WiFi and cell phone service not just on the Red and Purple Lines, but on underground portions of the Blue, Expo and Gold lines, as well as the as-of-yet built Crenshaw line. Metro has been toying with the idea for some time now, and it looks like their plans are finally coming to fruition. Work began last month and is slated to be completed in January 2016, according to CBS 2

While that sounds far away, the service will be unveiled in waves: downtown will get their services before 2016, and Metro plans on unveiling the service in time for Union Station's 75th anniversary this May. The plan was borne out of a desire to have something that many other underground transit networks have already enjoyed, according to an earlier release:

"All the major cities are doing it—even London, which has a very old infrastructure. Paris has it on all its lines,” said project manager Daniel Lindstrom, Metro’s manager of wayside communications. In the U.S., he said, cities ranging from New York to Seattle have a system in place or in the planning phases.

"My own wife is saying, ‘When are you going to get that installed so I can get ahold of you?’"

Riders won't have to pay for the service, but providers must pay a fee to InSite Wireless (who was chosen to build the system), who will then share it with Metro, Yaroslavsky says. Metro is expecting a cool $360,000 annually from installing the system, with more money expected to come in thanks to the InSite deal.

Right now, the big hurdle is finding out where to put a 2,000 square foot building to house all the equipment needed by the cell companies who will be providing service to the tunnels. After that is squared away, you can look forward to doing all sorts of cool stuff on your phone while riding underground.

Related:
WiFi and Cell Service Could Soon Be Available in Underground Rail Stations