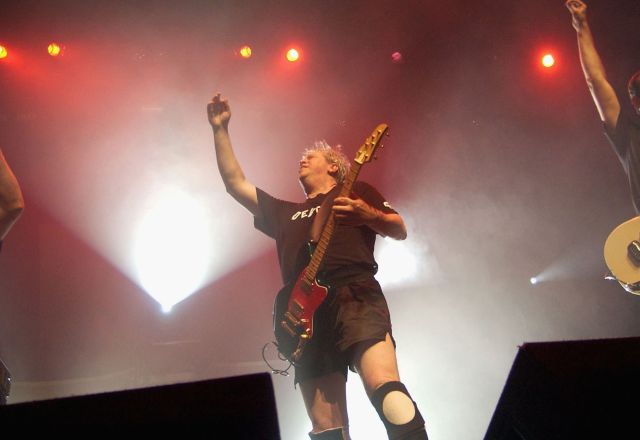 Bob Casale during a Devo concert in London in 2007. (Photo by Jim Dyson/Getty Images)

Bob Casale, one of the original founding members of classic alt-rockers Devo, passed away unexpectedly yesterday at the age of 61.

Casale died from complications related to heart failure, TMZ says. Casale was there during the band's inception, playing alongside his brother Gerald, Mark and Bob Mothersbaugh and Alan Myers. They formed in 1973 and, after cutting their teeth in the college radio circuit, struck music gold with their breakthrough hit "Whip It," in 1980. "Whip It" was one of the first videos on MTV and a song that has resonated throughout music generations. He was often credited as "Bob 2" (Bob Mothersbaugh was "Bob 1") and also played keyboard and produced.

Gerald Casale, Bob's brother, had this to say on the band's Facebook page:

As an original member of Devo, Bob Casale was there in the trenches with me from the beginning. He was my level-headed brother, a solid performer and talented audio engineer, always giving more than he got. He was excited about the possibility of Mark Mothersbaugh allowing Devo to play shows again. His sudden death from conditions that lead to heart failure came as a total shock to us all.

The news has come as a shock to many who knew him, including drummer Josh Freese, who has played with Devo intermittently since 1996:

RIP Bob Casale. Shocking news. Such a good guy, talented musician, fantastic engineer and integral part of Devo. He will be deeply missed.

Here's "Whip It," the song that put the band on the musical map: