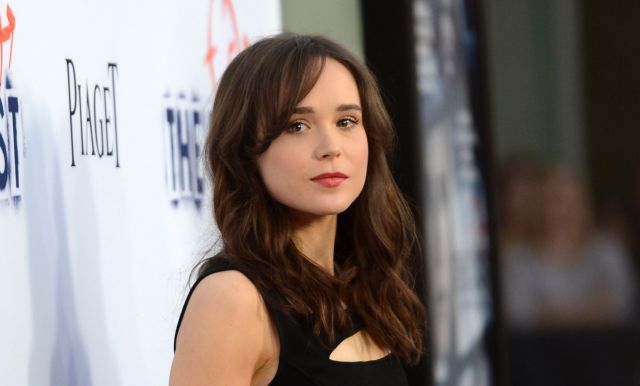 Ellen Page at the premiere of her film "The East." (Photo by Jason Kempin/Getty Images)

Ellen Page came out of the closet today during a heartfelt speech at a Human Rights Campaign conference in Las Vegas.

The 26-year-old actress, who is known for her roles in Juno and Inception and is set to appear as Kitty Pryde in the upcoming X-Men: Days of Future Past, revealed her sexuality to throngs of applause at the HRC's Time to Thrive conference, which benefits LGBTQ youth, at the Bally's Hotel and Casino.

"I'm here today because I am gay," Page said. "And because maybe I can make a difference. To help others have an easier and more hopeful time. Regardless, for me, I have a personal obligation and a social responsibility."

During her emotional speech, She talked about LGBTQ figures who have made a difference, including football phenom Michael Sam, actress Laverne Cox and musicians Tegan and Sara. Page said that she was "tired of hiding and tired of lying by omission," revealing that life in the closet took an emotional toll on her.

"I suffered for years because I was scared to be out," Page continued. "My spirit suffered, my mental health suffered, and my relationship suffered. And I'm standing here with you on the other side of that pain."

The Human Rights Campaign, who posted the transcript of Page's speech on their Tumblr page, issued congratulations to Page on Twitter.

Congratulations, @EllenPage for taking the steps to live openly and come out as lesbian. #comingout #timetoTHRIVE http://t.co/PneoSUunRk

Page later tweeted out her thanks to supporters.

Thank you @HRC and everyone for all the love and support. X

Here's the full video of her coming out speech. Watch it, it's great: