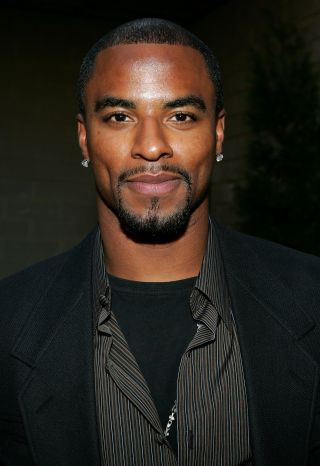 Sharper is also under suspicion of rape in three other states—Arizona, Louisiana and Nevada. Sharper has claimed that he had consensual sex with the accuser in Louisiana.

The two incidents in West Hollywood both happened at Bootsy Bellows, the L.A. Times reports.

The first incident happened in October of last year. Sharper allegedly met two women and led them back to his Los Angeles hotel room, a release from the L.A. District Attorney stated. He then gave them both a shot that was laced with Ambien and morphine. When one woman woke up, Sharper was on top of her. The second woman awoke and stopped him.

In the second incident, Sharper is accused of meeting two other women at Bootsy Bellows on January 14. Again, Sharper allegedly invited them to his hotel room and gave them shots laced with the drugs. When they came to, one of the victims felt like she was assaulted by Sharper and sought medical attention.

He has been ordered to forfeit his passport and stay in a hotel. He has also been barred from going to Bootsy Bellows, the L.A. Times reports.

Sharper made a name for himself as a safety for the Green Bay Packers, Minnesota Vikings and New Orleans Saints. He was selected to the Pro Bowl five times throughout his career, won a Super Bowl ring with the New Orleans Saints in 2009 and was named to the NFL's "All-Decade Team" for the 2000s. After his retirement, Sharper was an analyst for the NFL Network, who suspended him without pay after the allegations arose.

UPDATE 4:50 P.M.: Seven women in four different states have accused Darren Sharper of rape, all within the September-January window. On Sep. 22, Sharper was accused of drugging and raping a woman in his New Orleans hotel room. Just a day after the first incident at Bootsy Bellows in October, Sharper allegedly assaulted another woman in a similar manner in Las Vegas.

Another incident allegedly happened in Scottsdale, Arizona on Nov. 20. According to the L.A. Times:

After drinking, one of the women, identified as Jane Doe D, "began acting strangely," prompting her friends to take her home, court documents said. At her apartment, Sharper gave the other woman and their roommate shots of alcohol, according to court records.

One woman told police she immediately blacked out. The other, identified as Jane Doe F, said she felt "strange and disoriented" and went to her room to lie down. Later, on her way to the bathroom, she told police she saw Sharper on top of one of her roommates "with his buttocks exposed moving in a thrusting motion."

As of right now, Sharper has only been charged in the two cases in California.