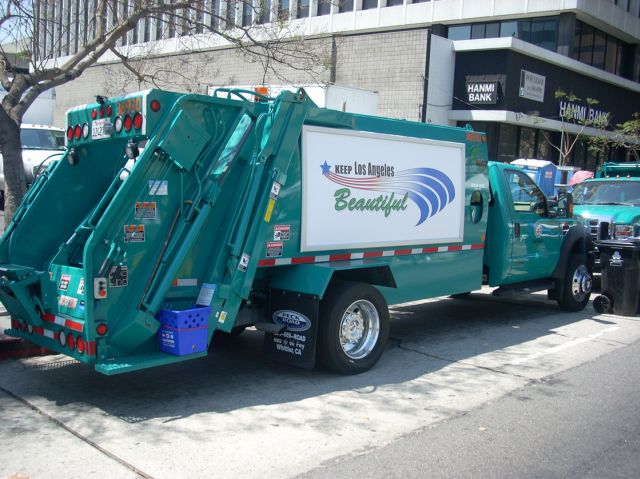 A trash truck, probably manned by a sleeping city employee! Oh no! (Photo by hercwad via the LAist Featured Photos pool on Flickr)

The city's decision to ban trash truck drivers from taking naps has come back to bite them. The city was worried about taxpayers "catching" sleeping drivers on the job, but now those same taxpayers will be paying $26 million.

The huge payout was agreed to by the city council in a closed-door meeting yesterday. It's the costly end result of an eight-year class action lawsuit that was sparked after a driver sued over the right to take a nap on his break, the Los Angeles Times reports.

The attorney who represented the drivers, Matthew Taylor, claims that the city overreached when they banned naps. He said the drivers were under "employer control" during breaks, meaning that they were technically on duty when they shouldn't have been and would have to receive back pay for break time that was lost.

"In order for a meal break to be off duty, you have to be completely removed from employer control, which means you can go where you want to go and do what you want to do," Taylor said.

The city agreed to the payout because they were facing an even steeper $40 million payout, in addition to the Superior Court siding with the drivers, the Times says. The payout will mean that each driver named in the suit will get around $15,000.

So, recapping, that's $26 million of taxpayer money dished out because the city did not want to offend taxpayers. The universe is awesome sometimes.