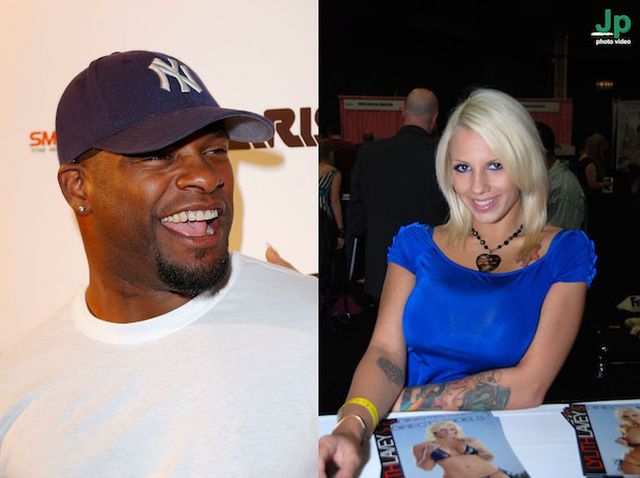 Lylith LaVey (Right) is suing BangBros after coming in contact with syphilis after performing in a scene with Mr. Marcus (left). (Photos via Getty Images and Wikimedia Commons)

The lawsuit by Heather DeAngelo, who performs under the name Lylith LaVey, alleges that BangBros should have known that Mr. Marcus had syphilis when he performed a scene with her in 2012, City News Service reports. DeAngelo's lawsuit claims that even though she did not contract syphilis from Mr. Marcus, she suffered emotional distress when she found out that she was exposed to the disease, as well as undeserved scorn from people in her life.

Mr. Marcus, who had been in the adult industry for close to 20 years and was recently inducted into the AVN Hall of Fame, had been the subject of controversy after he falsified his own positive test results and continued to perform without telling anyone he had the STD. He had already performed two scenes before producers realized that his results were faked, causing the industry to come to a temporary standstill.

As a result of this, Mr. Marcus was sentenced last summer to 30 days in jail for the cover-up, as well as 36 months of probation. DeAngelo was granted a default judgment against him in September of last year, citing fraud, negligence and battery against him.