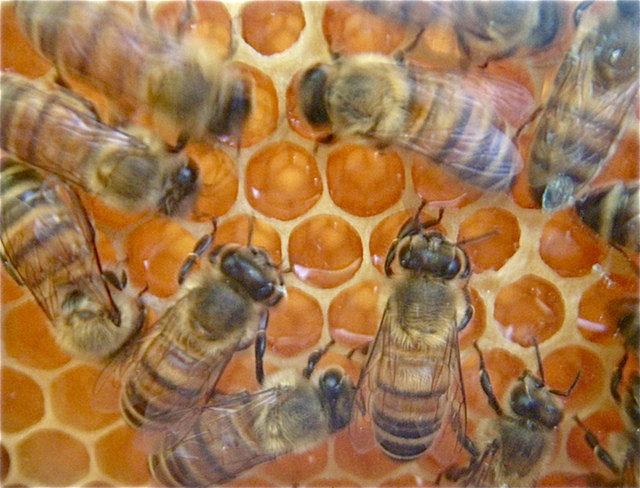 Urban beekeeping, along with other more typically rural pursuits like raising chickens and planting edible gardens, has become more popular as a part of the homesteading movement. Not only do urban beekeepers actually have several advantages over their rural counterparts—rural areas are doused with pesticides, they don't offer the same variety of plants as cities and the bees don't have to be trucked in to Los Angeles—but the bees are already here. They also have a more diverse, year-round source for pollen. Unfortunately, up until this point, beekeeping in city limits has been against the law.

Many have been campaigning to change that. And today the Los Angeles City Council voted unanimously to conduct a study on legalizing urban beekeeping in Los Angeles, according to City News Service.

The study would look into overturning the law banning beekeeping in areas where there are single-family homes. The council also passed a motion that calls on the city to explore more humane ways of removing bees other than extermination. A third motion passed supports federal protections for bees against pesticides.

Councilman Paul Koretz said the state has been losing a third of its bees a year since 2006, threatening California's avocado and almond growing industry.

"Almonds alone are $4 billion of our state's economy,'' he said. "Bees, it turns out, are thriving in Los Angeles, he said, possibly because there is no large-scale agriculture and fewer pesticides in use. "It's important to protect these bees that thrive here locally."

Beekeeping proponents showed up to the City Council meeting to show their support. The LA Times' Emily Alpert Reyes said there was at least one beekeeping outfit and a fair number of bee costumes, including a doggie bee costume in attendance this morning.

"Bees are in real trouble, and urban beekeeping is part of the solution,'' Rob McFarland of HoneyLove, an organizing supporting bee farming in Los Angeles, told the City Council.

Hopefully the buzz will turn into a sweet resolution for city dwellers and aspiring hive owners alike.