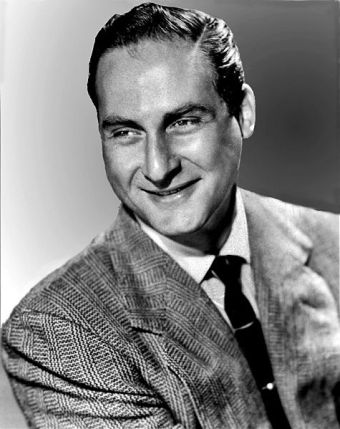 Sid Caesar. (Photo via Wikimedia Commons)
Comedian Sid Caesar, who delighted early television audiences in the 1950s with his Saturday night variety shows, has died at the age of 91.

Caesar is best remembered for "Your Show of Shows," which brought a new kind of comedy to the American television audience. He is widely considered one of the first legitimate stars made from television, Variety reports.

Caesar got his start in show business with a part in the Coast Guard movie Tars and Spars, in which Caesar also starred in the stage version. From there, he went to television, where he was giving the chance by producer Max Leibman to helm "Your Show of Shows," a 90-minute variety program that became one of the most popular programs of the 50s, garnering Caesar two Emmys. After that show's end in 1954, Caesar ran "Caesar's Hour," a similar show that ran for three more years.

The frenetic pace of both variety shows was unheard of at the time and widely embraced, arguably laying the groundwork for subsequent programs such as "Saturday Night Live," according to the Hollywood Reporter. When Caesar hosted SNL in 1983, he was made an honorary cast member.

After the show declined in the 1960s, Caesar fell into a crippling addiction to alcohol and barbiturates. "I remember how I slipped further into darkness," Caesar wrote in his autobiography, Where Have I Been?, "I kept working in films, on the stage and in TV, but I wasn't really there. It was like a 21-year blackout."

Caesar recovered in the 1980s and went on to make a few guest turns in films and television shows, including History of the World Part One, Grease and "The Love Boat."

Sorry to learn about the passing of Sid Caesar-a dear friend, a comic genius & an American classic- there will never be another one like him

Here's a classic scene from Caesar's show in its golden age, which showcases the groundbreaking comedy he was known for: