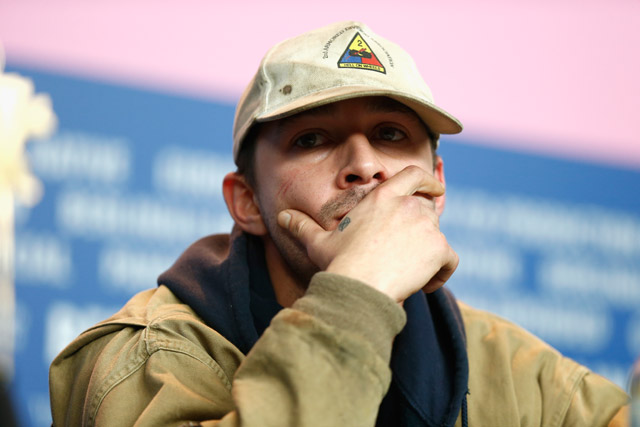 We shouldn’t really be surprised at this point—Shia LaBeouf apparently lifted from a soccer player’s speech from 1995 while at the Berlin Film Festival before walking offstage.

LaBeouf was at a press conference today promoting Nyphomaniac, the sex-fueled film from director Lars von Trier that is currently making the rounds at film festivals, according to The Hollywood Reporter. When asked about doing a film with so many sex scenes, he responded: “When the seagulls follow the trawler, it's because they think sardines will be thrown into the sea.”

It’s sort of poetic, if a non sequitur. It’s also taken word for word from French soccer player Eric Cantona, when he was banned from soccer after kicking the fan of an opposing team, as Buzzfeed points out. The footage of Cantona saying that seagull line ends Ken Loach’s film Looking for Eric.

Nymphomaniac’s Christian Slater, who was on the panel along with co-stars like Uma Thurman and Stellan Skarsgard, had the best awkward follow-up: “Obviously, the script is packed with a lot of sardines ... one sardine after another.”

If that wasn't enough, LaBeouf showed up later at the movie's premiere with a bag over his head that read "I AM NOT FAMOUS ANYMORE." Oy vey. 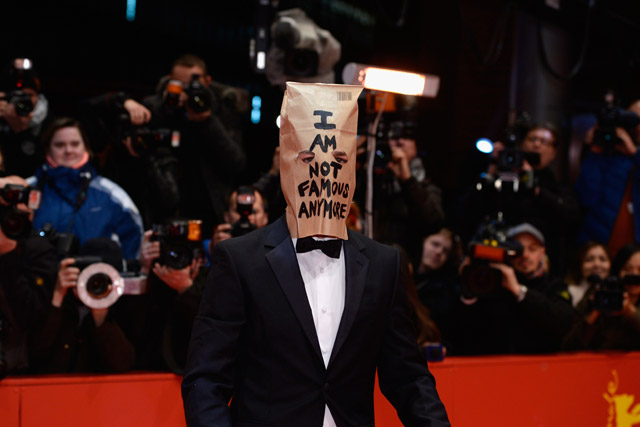 This whole thing of course follows LaBeouf’s notorious plagiarization of the story Justin M. Damiano, by comic book writer Daniel Clowes, for LaBeouf's short film HowardCantour.com, which led to skywriting an apology, his "retiring" from public life and plagiarizing other celebrities’ famous apologies.

Either someone along the way told Shia he could turn things around by making his plagiarisms seem like the work of some mad genius, or he really is that hapless.