Silver Lake Admits That It's Not The Eastside 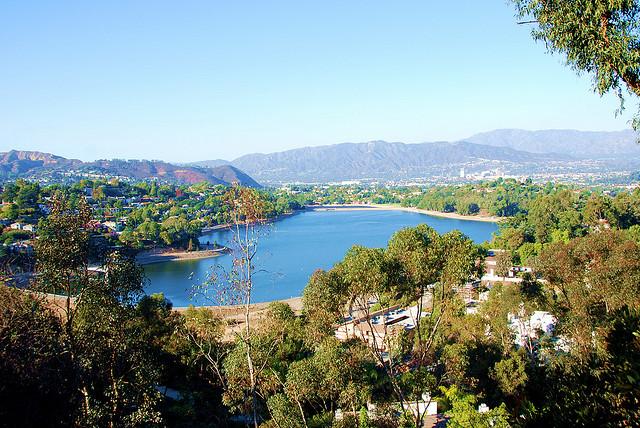 Our long civic nightmare is over: Silver Lake has ceded any right to call itself a part of the Eastside.

I could have sworn this debate was played out (if not outright settled), but last night the Silver Lake Neighborhood Council decided to hold an official vote on whether Silver Lake can be called the Eastside (or at least as official as any neighborhood council vote can be). Council members Dorit Dowler-Guerrero and Anne-Marie Johnson told LA Weekly that they created the motion, because people who often have no clue about the city's history or geography are still calling Silver Lake the Eastside.

The motion that passed calls attention to the true Eastside and its history:

During the meeting, council members asked the questions that have been asked and answered (in a dizzying array of forms) for at least a decade. Councilwoman Janet Cunningham wondered, "So where is the actual boundary between east and west?"

That's a more complicated question than it sounds given the funky shape of our city and the fact that our historic city center isn't quite in the center of the city (this is the alleged center). LA Weekly has made compelling arguments that the historic Westside (meaning it is not the Eastside) starts much further east of the 405 than you'd imagine: it includes everything west of Main Street in downtown.

There's still a problem: even after all the Eastside vs. Westside debates of the early aughts and this latest motion, we don't really have a great name to call the cluster of hipster hoods just west of downtown. Until we come up with a decent name for that region, we're going to guess that people will still be calling it the Eastside. Jeff Wattenhofer, who liveblogged the debate for Curbed last night writes:


"Eastside" is just easier. If a coworker asks the innocent question of where I live, I can't assume they have a working knowledge of LA's 397 individual neighborhoods and their geographic location within. Plus, I work in Bel Air and anything east of Fairfax might as well be Rhode Island to those people.

FWIW, I've always thought Edendale has a nice ring to it.