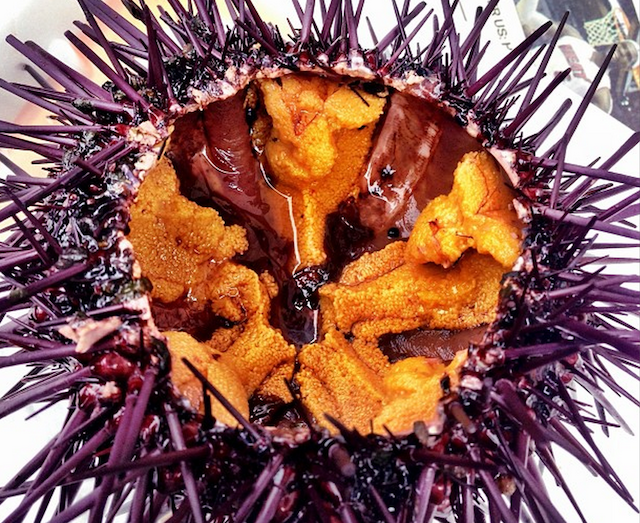 January was a good month for hotel openings in Los Angeles. Not only did DTLA get their own brand spankin' new Ace, but The Line threw open its doors in K-Town. The Line is a revamp of what was formerly The Wilshire Hotel. It's been redone by the Sydell Group, which was also responsible for the Ace and Saguaro hotels in Palm Springs and The Nomad in New York.

The minimalist hotel soft opened in mid-January, but Roy Choi's restaurant is still in the works. This Wednesday, however, POT Bar (which is also part of Choi's restaurant) will start serving cocktails.

Matthew Biancaniello, the barman who turned the Hotel Roosevelt's Library Bar into a drinking mecca and is seemingly is consulting everywhere these days, will be the mind behind the inventive cocktail menu. He'll be bringing in some interesting ideas for the bar at POT, including plenty that play on the idea of savory Asian flavors.

He and Choi have done a few throwbacks, but they're nods to the classics that you see everywhere these days. These are paying homage to drinks of the 80s.

"I've always treated those really old school drinks like Long Islands with respect," says Biancaniello. "I didn't just throw it away and snub it when people would order them. Roy really wants to bring back these drinks that have been forgotten, and give them the respect they deserve."

But there are also some wild Asian flavors in the mix. One drink on the menu is made with mushroom soju with durian bitters, which are custom made for Pot by Drunken Crane Bitters. Another is a White Russian with candy cap mushroom-infused vodka, Kahlua, cream, and Kahlua foam. And then there's an uni cocktail.

"This is something that I did for an event at Mo Chica about a year ago, but I never felt that I could put it on a menu anywhere," says Biancaniello.

It's made by sous vide cooking some Santa Barbara sea urchin, then pureeing it and mixing it with a cumin simple syrup, muddled roasted nori, lemon juice, and tequila. It's served over a big cube in a rocks glass rimmed with applewood smoked salt, then garnished with more nori and some sweetened sesame.

"When I presented it to Roy, it was really great because he basically took a sip and told the team, 'I just want you to know that this right here is what it's all about.' It was such a compliment," says Biancaniello.

If liquified uni is what it's all about at The Line, then we're in for a real treat.