Overheard in L.A.: That Time We Sort of Met Justin Bieber 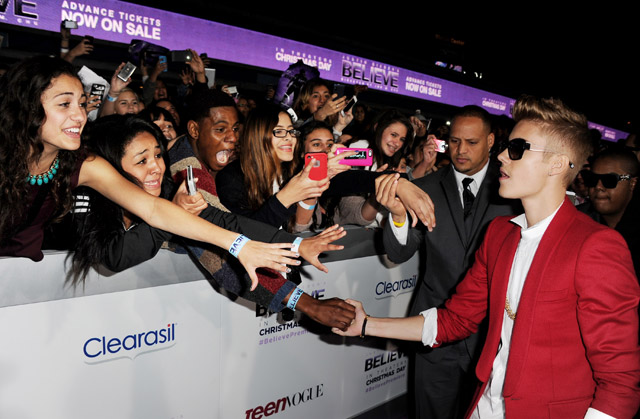 This week's edition of Overheard in L.A. features bits of overheard conversation from Hollywood to Westlake, including a brief encounter with The Biebs.

Overheard of the Week
“You know he’s cheating when he starts favoriting other girls’ tweets.”
via @AbiRatchford

High Hopes
“I smoked a blunt with Justin Bieber. I passed it to my friend who passed it to him—I wish I had passed the actual blunt to him.”
via @megmilll

MacArthur Park Is Melting in the Dark
“If you guys need fake IDs, fake social security cards or pupusas, you just missed your stop.”
via @brityboozles

Best to Be Prepared
“I always have crotch wipes, a flask, cigarettes, and poppers in my purse.”
via @ChrisCastelonia

Of Course This Was at Runyon
“I'm super outgoing, someone should film me and put it on YouTube so I can be a millionaire.”
via @rickyftw

Oh Cool Thanks
“I'm a little racist, but not in a bad way. I wouldn’t not hire you.”
via @erinjennings

Nothing Is Sacred
“Oh, Christian Mingle, that's how my uncle met his ex-wife.”
via @KingKightlinger

Does Your Head Hurt Too? LOL
"My stomach has air in it. From eating nothing ... it, like, hurts.”
via @TheJennyLester

Now We Have That Terrible Eve 6 Song In Our Heads
“It's very possible that there’s something really wrong with my bone marrow. I’m trying to heal from the inside out right now.”
via Erica Elson

There’s a Lot You Don’t Get
“White people don't get any perks in life. Like affirmative action and stuff, we don't get that.”
via @notoriousBAIG