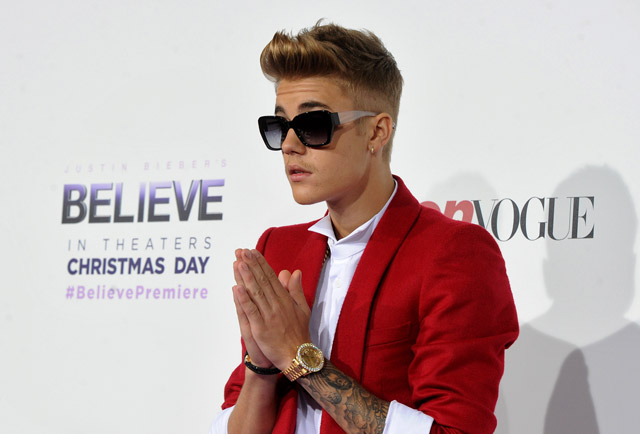 A photo emerged of Justin Bieber and his friend Khalil Sharieff getting raunchy with a topless stripper at a recent party.

The photo from TMZ shows Bieber and Sharieff each with their mouths on one of the stripper’s breasts. He may not have been speeding or illegally drunk when he got arrested in Miami in January, but Bieber apparently isn’t following Miley Cyrus’ advice to "pay people to make sure you don’t get in trouble."

We’re not sure if this puts Bieber one step closer to deportation, but it will definitely fuel plenty of bad Justin Boober jokes.

The NSFW pic can be seen in the tweet below.