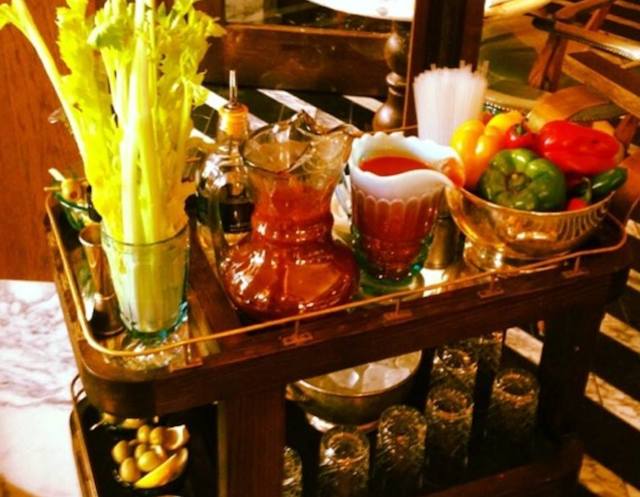 In an era where fine dining has fallen by the wayside, there are a few restaurants and bars bringing back the idea of tableside presentation. The pomp and circumstance is welcomed not only because it's a visual stunner, but also because you can customize your booze with all sorts of crafty condiments and other accoutrements. Not only is it an interactive experience, but it also provides a connection between the dining room and the bar that's often lost when you're tucked away at a corner booth. Here are some of our favorite bars and restaurants that are rocking carts around town.

Cecconi's started their tableside brunch Bloody Mary service on Sundays this past December, and it's been rolling strong ever since. From 10 a.m. - 3 p.m., a server rolls around a wooden bar cart, stopping to prepare Bloody Marys to-order. Using a few intake questions — they'll ask you how spicy you like it, what base spirit you'd like, whether you want a salt rim — they'll build the perfect bloody with a house-made base that's been aged to round out the flavors. Once that's been mixed up, they then decorate the cocktail from a buffet of garnishes like house-pickled vegetables (cauliflower, green beans, pickles, and okra), fresno chili peppers, olives, and celery. The meal in a glass runs $14.

Much like one of our favorite restaurants up North, Statebird Provisions, the Church Key takes a dim sum style approach to their service, carting food around on little trolleys for guests to point at and pick up at their whim. The booze is also done tableside, with vintage PanAm drinks carts pedaling Kool Pops, a frozen Appletini or Sex on the Beach martini made cooler by the added flare of billowing liquid nitrogen. There's also a cart for more classic cocktails, like Negronis and Manhattans, which are canned and then opened with the restaurant's namesake, a church key. 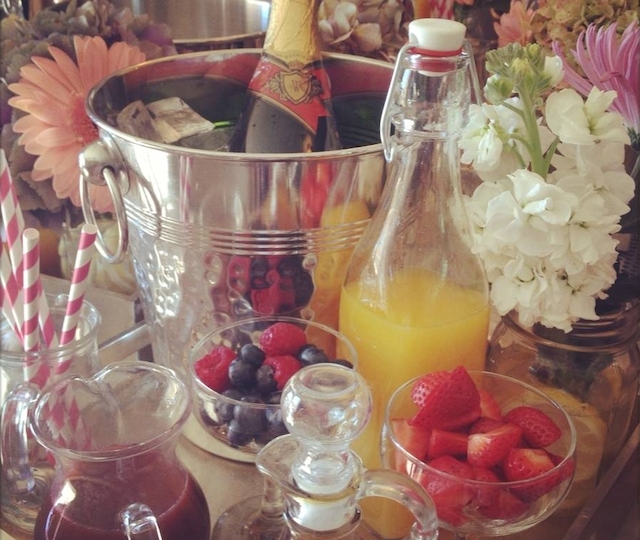 We're all about a good brunch, especially when it involves some bubbly. Over at Pearl's, their carts are equal parts cute and classy. Bloody Mary carts are more common, but theirs are made for champs instead. Trolleys loaded with all sorts of fresh-squeezed juices, fruit purees and garnishes are brought around the restaurant, and you pick which accoutrement you want. It's given to your table on a mirrored vanity tray and a bottle of champagne.

When The Bazaar opened in Beverly Hills five years ago, they were one of the first in the city to bring liquid nitrogen around on bar carts for tableside service. Their $20 Brazilian caiparinha cocktails are dipped and instantly frozen in the steaming brew, making for a beautiful show, and sip for that matter. The carts aren't limited to booze either; they also serve caviar cones from carts, and back before foie gras became a crime, they also used to do cotton candy foie gras, spinning sugar while turning heads. 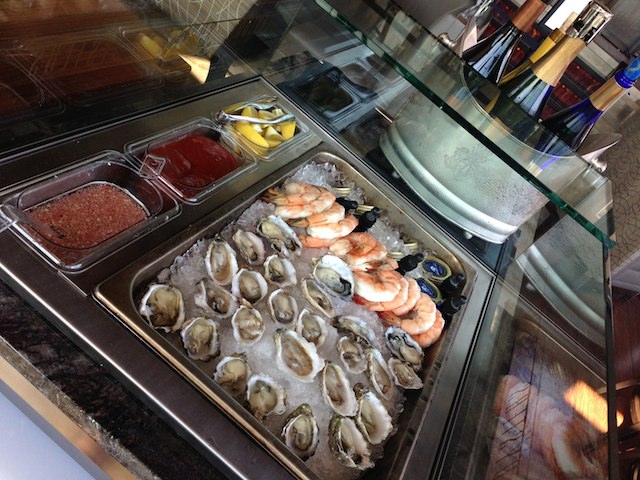 From 2:30 p.m. until 5 p.m., you can sit on the Strand House's Manhattan Beach patio and look out at the sea while enjoying seafood from a custom-outfitted cart that caters to your every French Riviera fantasy. (Well, most of them, at least.) For $25 you'll get 6 oysters on the half shell or 3 king prawns served with a glass of champagne or white wine. Varieties of wine and oysters change daily, but what doesn't are the accoutrements: house-made Tabasco sauce presented in a tincture jar, cocktail sauce with punchy, freshly shaved horseradish, mignonette with perfectly uniform minced shallots and wedges of tart lemon. For additional $25, you'll get a tin of Black River Siberian ossetra caviar and buttery blinis. Steep, but it's cheaper than your dream yacht, that's for sure.

We just love the craftiness of the absinthe cart at The Edison in Downtown L.A. A cute little green fairy, flossed out with wings and glitter, pushes around the cart and sells vials of the wormwood spirit on special nights. It really adds to the whole vaudevillian steampunk vibe of the venue.