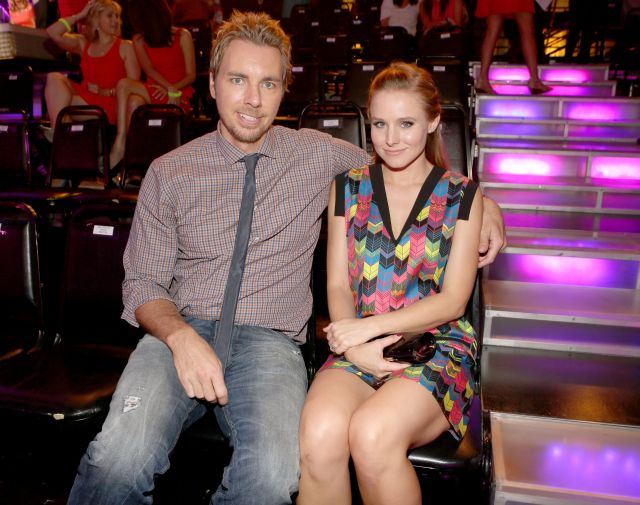 Kristen Bell and Dax Shepard have announced today that they are boycotting media companies that pay for paparazzi photographs of celebrity kids.

In a series of Tweets laid out this morning, the couple is claiming that the clamor for photographs of celebrity kids are harming the children, damaging them when they grow up. Bell specifically pointed out the inherent creepiness of celebrity kids that are being photographed in the park.

Bell and Shepard recently gave birth to a baby girl back in March of 2013 and have been adamant in keeping her away from the prying eye of celebrity magazines. Paparazzi first snapped pictures of baby Lincoln last summer, which has led to the boycott.

At least the law is on Bell and Shepard's side. Back in September, California made it illegal to photograph children "in a harassing manner" without the consent of the parents, according to the Associated Press.

Shepard was the first to announce the boycott, followed by Bell a short time later:

Please boycott magazines that run pics of "celebrity children." They shouldn't be punished for who their parents are.

I wont do interviews 4 entities that pay photogs to take pics of my baby anymore. I care more about my integrity & my values than my career.

The "look at the celebs kid at the park!" teaches us a disengaged vouyerism. think abt how being followed by photos all day effects THE KID.

Now think about how you play the MOST NECESSARY role in the sad chain of events-the consumer. Things won't change till the consumer does.

Bell also talked with a fan about a situation involving Kourtney Kardashian that proves her point about paparazzis who pry a little too much into the lives of celebrity kids:

@amy18ward and even worse that the child will grow up with that being normal and absolutely suffer from the psychological damage.