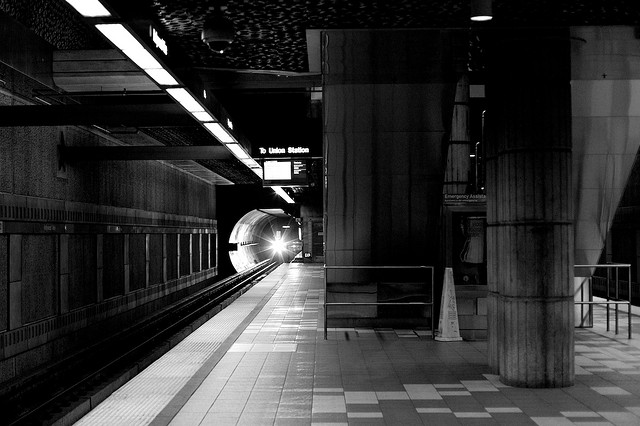 Police have arrested a man suspected of stabbing another man to death on the Metro Red Line Monday, according to the Los Angeles County Sheriff’s Department.

Investigators arrested Angelo Correia, 25, Friday in his North Hollywood home after an anonymous tip came in regarding the murder of 34-year-old Jose Velazco-Alvarado. Velazco-Alvarado was stabbed and killed at the Vermont/Santa Monica Red Line Station Monday morning.

Correia was booked at the West Hollywood police station and is being held on $1 million bail. The case will be presented to the District Attorney’s Office on Tuesday.