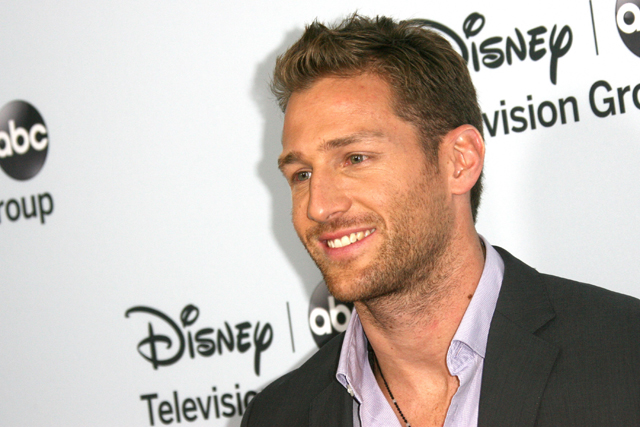 Let’s review some of the things he told the TV Page’s Sean Daly at an ABC party Friday night when he asked Galavis if he thought it would be a good idea to have a gay version of “The Bachelor.”

“Honestly, I don’t think it’s a good example for kids to watch that on TV.”

As one Twitter user already pointed out (and LA Times picked up on), this is coming from a man who is dating 27 women on national TV.

Oop at @JuanPaGalavis saying two dads would confuse a kid while he publicly dates 27 women simultaneously in front of his daughter.

“Peter—he’s my boy, right there—he spent every day with me, and he has his partner, and I respect that 100 percent. But obviously people had their husband and wife and had kids and that’s how are brought up. Now there’s fathers having kids and all that, and it’s hard for me to understand that, too, in a sense of a household having peoples, two parents sleep in the same bed and the kid going into bed. It’s confusing in a sense, but I respect them because they want to have kids. They want to be parents.”

“You have to respect everybody’s desires, opinions and way of living. But it would be too hard for TV.”

Obviously when you change the genders and sexual orientations of people on a reality TV show and literally nothing else about it, everything becomes just too hard!

“There’s this thing about gay people, that it seems to me—and I don’t know if I’m mistaken or not—well I met great, I have a lot of friends like that—but they’re more pervert, in a sense.”

We dunno, isn’t “The Bachelor” basically an infomercial for polygamy?

“To me, the show would be too hard to watch on TV.”

Speaking of hard to watch, he then goes on to say “The Bachelor” is basically an over-the-top soap opera. No argument there.

Our verdict: duh. Even with his apparent struggle with the English language, there’s only so much you can pass off as lost in translation.

This, of course, follows recent homophobic comments by "Duck Dynasty's" Phil Robertson. Reality TV is littered with homophobes, it seems.

Stream the whole interview with Galavis below.