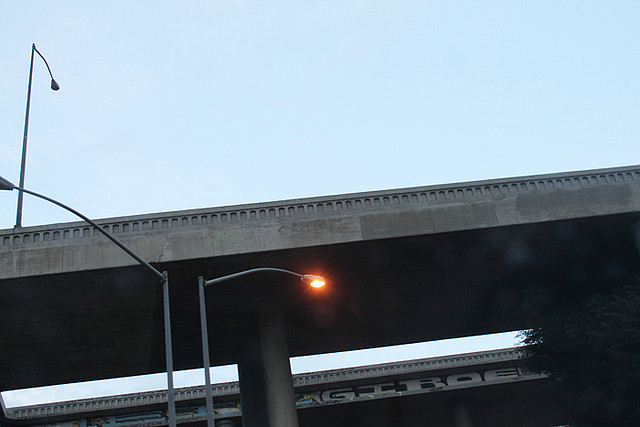 A 54-year-old woman was hit by a private tour bus and killed Saturday morning in South Los Angeles.

The woman was hit at about 8:30 a.m. as the bus turned left onto Slauson Ave., City News Service reports. The woman, who was either biking or walking with a bike at the time, was pronounced dead on the scene.

Meanwhile, two first responders and a driver were injured in a car accident blocks away as paramedics rushed to the woman. The three involved in that accident were taken to the hospital with non-life-threatening injuries.

Freeway ramps for the 110 interchange at Slauson Ave. were shut down at 9:13 a.m. this morning as police investigated the incident. They reopened at about 11:45 a.m.

This story has been updated to reflect new details around the incident.