Sexiest Sportswriters Of 2013 In Los Angeles 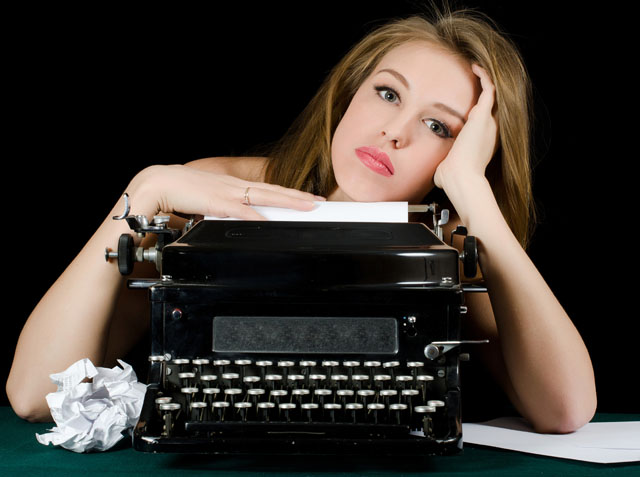 It is that time of the year to compound indignities upon indignities and highlight the sexiest sportswriters in Los Angeles.

It's a short list. One does not become a sportswriter for the eye candy unless jowls, second and third chins and bloated guts rocks your socks.

I started this list last year as a joke. I figured a few people would look at it, have a laugh and that would be the end of it.

Then I went to a press conference at Dodger Stadium announcing the new improvements to the Stadium early in January. I only expected a few laughs from the list if anything at all.

Then I heard some of the decision-makers at the LA Times got wind of the list and mercilessly teased last year's winner Baxter Holmes. Poor Baxter. Maybe that explains why he fled across the country to become the Celtics beat writer at the Boston Globe. (Actually the Globe probably loved his writing and hired him, and he saw it as a chance to cover one of the country's most popular teams.)

Onto this year's list. I eliminated the "honorable mention" list. That was a chickenshit move by me to try and not hurt people's feelings. Then I realized that sportswriters are a soulless bunch, so screw their feelings.

Another thing I realized: with Baxter Holmes' departure, the Times is one hell of an ugly place to work. I can already hear the laughs coming from the OC Register's and LA Daily News' sports desks.

Please note: this list is not an indictment of talent. Everyone is talented. This is just a superficial list that is probably more of a joke than anything else. So here we go.

5. Jovan Buha, ESPN LA and ClipperBlog.com. Jovan is a late entry into this list. If it weren't for a tweet that was sent at the right time, poor Jovan would have been overlooked. But fear not. His boyish good looks helps buffer the fact that he went to USC — not everyone can be perfect.

I'll be frank. I've never met Jovan, but seeing pictures of him was compelling enough for me to put him on this list. 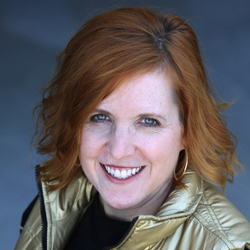 Beth Harris' Twitter avatar. (@bethharrisap)
4. Beth Harris, Associated Press. Almost no other sportswriter in town can deal with all of the bullshit we deal with as sportswriters and maintain her style and poise as if nothing were going on. To boot, she is probably the best dressed writer in the press box.

Everyone should be jealous of Beth. She will be going to Sochi to cover the Winter Olympics. Actually, thinking about the travel logistics to get halfway around the world, better her than me.

Seeing Beth at a game or a race I'm covering puts a smile on my face. If everything goes wrong, at least there is one person nice to look at.

3. Jill Painter, Daily News. Jill drops one spot from last year because she got hitched. Sorry.

Since making an appearance on this list last year, she has done some sideline reporting for Time Warner Cable for high school football games. That's right, she is America's newest sideline princess.

2. Abbey Mastracco, Fox Sports West. How many people working in Sports Information Department at a major Division I school do you know who sports a nose ring? Our Ms. Mastracco, for one.

She came to Fox Sports West covering baseball, hockey, college football and college basketball after a stint at the University of Kansas' SID. She also cuts highlights for Fox Sports 1. She was a gymnast in her former life, so you know what they say about gymnasts, right? 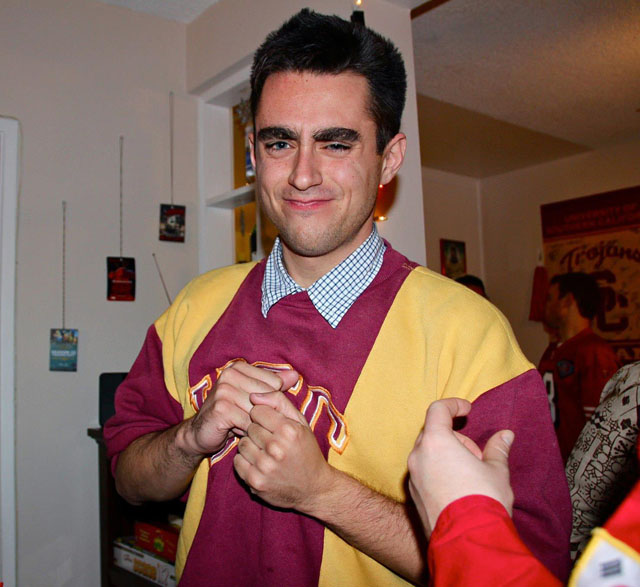 1. Pedro Moura, OC Register. I did threaten to do this to Pedro, so this should not come as a surprise to him.

The best set of eyebrows in town, tragedy almost struck poor Pedro. In August while on a date, he got his leg crushed between two cars as he was helping his date park in a tandem parking space. Ligaments were torn, and he finished up the Dodger regular season wearing a cast and hobbling around on crutches.

The cast came off when the Dodgers got into the playoffs, and he charged right on. But here's the kicker. I asked if he was still dating the woman who nearly killed him and got his leg nearly amputated. He had a sheepish grin and said yeah.

So there you go ladies. He's loyal.