Our 9 Favorite Film Performances Of 2013

We wanted to tack one more year-end film list, too, especially since members of the Academy of Motion Picture Arts and Sciences began casting their Oscar nomination ballots last week. LAist wanted to call attention to nine of our favorite performances from this past year that have been overlooked so far this awards season. 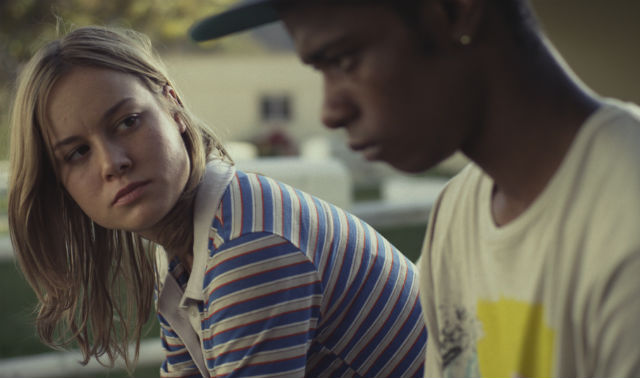 'Short Term 12' stars Brie Larson as a group foster facility supervisor and Keith Stanfield as one of its residents. (Photo: Brett Pawlak, courtesy of Cinedigm)

Brie Larson, John Gallagher and Keith Stanfield in Short Term 12. Written and directed by Destin Cretton, Short Term 12 was released in September, but has stuck with us through the remainder of the year. The film focuses on the lives of counselors Brie Larson and John Gallagher and their relationship both at home and work with at-risk teens. Stanfield stars as a reclusive older teen about to be termed out of the system. This is a breakout role for Larson, who keeps all emotion crackling under the surface until her character’s anger can’t be supressed any longer. Gallagher is wonderful as a supportive fiance. It’s an emotionally engaging film because of wonderful performances by these actors.

Oscar Isaac in Inside Llewyn Davis: Isaac plays the anti-hero singer-songwriter of the Coen Brothers’ latest film. His portrayal of the complex minstrel left audiences wanting to root for him one minute and strangle him the next.

Julie Delpy in Before Midnight: Richard Linklater's Before Midnight is the third film in a series—following Before Sunrise (1995) and Before Sunset (2004)—that chronicles the lives of lovers Jesse (Ethan Hawke) and Celine (Julie Delpy) through short snapshots in time. We’ve watched Celine grow through the years as a free-spirited ingenue traveling through Europe to a harried wife and mother. Both Hawke and Delpy look all of their 40-something years, and Delpy's Celine isn't afraid to talk about her thinning hair and her less-than-supermodel figure. Before Midnight comes to a climax in a 30-minute, bare-knuckled, drag-out verbal argument between the couple that resonated with more than a few viewers.

Michael B. Jordan in Fruitvale Station: Jordan gives a moving portrayal of Oscar B. Grant III, an unarmed 22-year-old shot in the back by a BART officer (who said he mistakenly pulled his gun instead of a taser) in an Oakland train station on Jan. 1, 2009. In this nuanced performance, Jordan didn’t canonize Grant, but showed a complex young man struggling with his past mistakes as he tries to make a new life for himself and his family at the cusp of a new year.

Tye Sheridan in Mud: While Matthew McConaughey has had a banner year, first in Mud, released in May, and now the Dallas Buyers Club, we can’t forget the memorable performance of young actor Tye Sheridan in Mud, either. In the coming-of-age tale meets crime mystery, Sheridan stands out as Ellis, a hopeless romantic trying to bring ex-lovers Mud (McConaughey) and Juniper (Reese Witherspoon) characters together. Sheridan serves as the heart of the film.

Simon Pegg in The World’s End: We all know someone like Gary F*cking King in Edgar Wright’s The World’s End. You know him—the 40-something guy who refuses to grow up. Pegg plays the character perfectly, adding a touch of superhero to the regular guy trying to reclaim his past glory. And while we outwardly lament his lack of maturity, there’s a part of us that secretly wishes we could still be that free—to do what we want any old time.

Anwar Congo in The Act of Killing: This haunting documentary, which made LAist’s list of top 10 films of the year, features an unforgettable “performance” by Anwar Congo, an Indonesian gangster. The now elderly and mild-mannered Congo was responsible for personally killing hundreds of people in a purge of Communists from Indonesia in the 1960s, and he is haunted by his past. According to director Joshua Oppenheimer, the film shows the “humanity of evil” and how a murderer like Congo can distance himself from the act of killing. It’s a disturbing film and Congo will not soon be forgotten.

Related:
The 10 Best Movies Of The Year