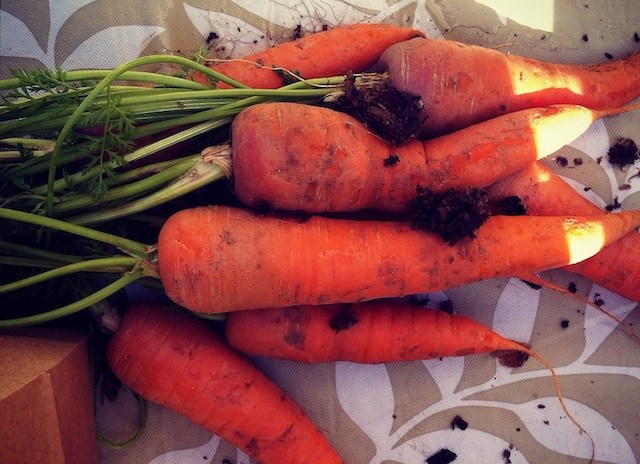 If you're anything like us, you've pondered the reality that someone selling fruits and veg at those fancy farmers market stands could very well be pedaling conventional produce from some far-flung country, pocketing the profits for their overpriced wares and capitalizing on the local food movement zeitgeist.

Turns out we're not such sad cynics after all. Twenty stands in L.A. have been cited for selling produce that's not their own in 2013 alone, making us wonder how well we really know our farmers markets.

Ed Williams, deputy director of the Los Angeles County agricultural commissioner's office, is in charge of catching the culprits, some of whom go as far as planting dummy crops in hopes of diverting investigators. He's a botanist that walks the streets at farmers markets looking for telltale signs of out-of-area produce, like foreign bugs and disease markings.

If Williams' and his team's investigation determines that vendors have violated state laws, says the L.A. Times, they can face fines up to $1,000 for each offense. For serious or repeated violations, producers can also be suspended from farmers markets for up to 18 months.

The Times has a full list of offenders here.