Why Restaurants Won't Be Adding Gratuity Onto Large Group Checks 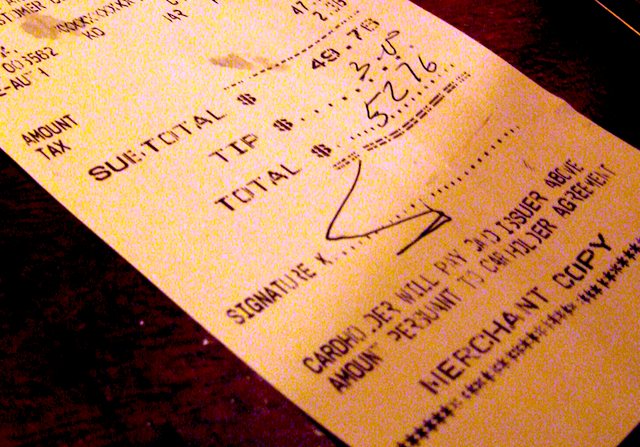 The new year is time for change, even in the service industry. Starting January 1, the IRS will classify automatic gratuities as service charges that are taxable as regular wages and subject to payroll tax withholding. That might sound like a bunch of arcane tax law mumbo jumbo, but what it means is that restaurants have to treat those tips like regular wages.

Typically, the IRS left it up to the waiter or tipped employees to declare that money. But with this new change the waiter won't see those "tips" until payday—instead of the end of the shift. And restaurants will have to withhold federal income, Social Security and Medicare taxes on that money, too.

What it means for the diner is that those automatic 18% gratuity charges on tables of 6 or more may well be a thing of the past. The addition has been added onto large parties to ensure that servers are paid for catering to a large group.

That doesn't mean you should use this an excuse to start stiffing people. Remember, the minimum wage laws here in the States for tipped workers is still at a shocking $2.13 an hour. (California thankfully pays all of it's workers, tipped or untapped, a minimum of $8/hour.) And, as evidenced by this video, a few extra bucks means a lot to the service workers of America.

The new rule actually went into effect in June of 2012, however the IRS postponed enforcement until January 2014 to give restaurateurs enough time to adjust and properly comply.

While it might seem great to have some freedom as a customer, the service industry isn't so excited about the idea.

“For employers, payroll taxes will go up because the server’s wages will go up,” said Jordan Bernstein of Michelman & Robinson, LLP, who works with a number of hospitality clients. “On the employee side, they will have to wait two weeks to get that money because it’ll be added to their paychecks — and as we all know, most servers are living day to day on those tips.”

So, bottom line, always remember to tip your server well.