Shia LaBeouf Responds To Plagiarism Accusations With A Plagiarized Apology 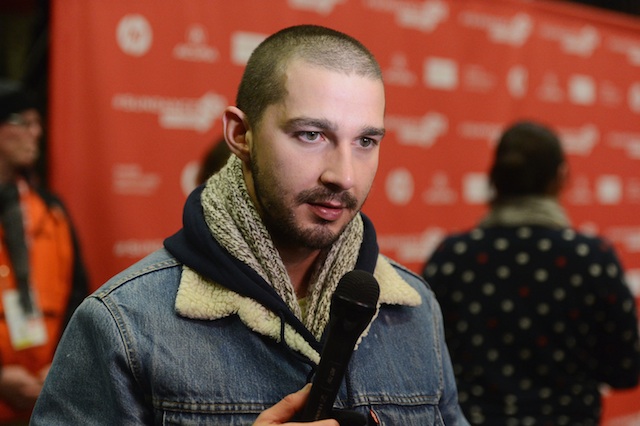 Shia LaBeouf took to Twitter on Monday night to respond to accusations of plagiarizing an artist's work for his short film, HowardCantour.com—with a plagiarized apology.

The short, which dissects the life of an online film critic, premiered at the 2012 Cannes Film Festival and received some acclaim. When LaBeouf posted the video online on Monday, HowardCantour.com was criticized for being nearly an exact replica (including some word-for-word dialogue) of graphic artist Daniel Clowes' 2007 comic, Justin M. Damiano, according to BuzzFeed.

LaBeouf went on Twitter to apologize for not crediting Clowes for his work. However, he may still be ripping off the work of others, as BuzzFeed pointed out that his first tweet bore a striking resemblance to a Yahoo! Answers question.

Copying isn't particularly creative work. Being inspired by someone else's idea to produce something new and different IS creative work.

This is the text from the Yahoo! Answers question:

Merely copying isn't particularly creative work, though it's useful as training and practice. Being inspired by someone else's idea to produce something new and different IS creative work, and it may even revolutionalize the "stolen" concept.

Clowes' editor and co-publisher at Fanagraphics, Eric Reynolds says Clowes is now looking at options in pursuing legal action against LaBeouf. “His apology is a non-apology, absolving himself of the fact that he actively misled, at best, and lied, at worst, about the genesis of the film,” Reynolds wrote to BuzzFeed in an email on Tuesday. “No one ‘assumes’ authorship for no reason. He implied authorship in the film credits itself, and has gone even further in interviews. He clearly doesn’t get it, and that’s disturbing. I’m not sure if it’s more disturbing that he plagiarized, or that he could rationalize it enough to think it was OK and that he might actually get away with it. Fame clearly breeds a false sense of security.”

The short film that was made public is now password-protected and this was the rest of his non-apology to the artist:

In my excitement and naiveté as an amateur filmmaker, I got lost in the creative process and neglected to follow proper accreditation

Im embarrassed that I failed to credit @danielclowes for his original graphic novella Justin M. Damiano, which served as my inspiration

I was truly moved by his piece of work & I knew that it would make a poignant & relevant short. I apologize to all who assumed I wrote it.

Others are now responding to LaBeouf's non-apology:

"I made a mistake, but before you judge me remember, 'To err, is human. To forgive, divine.' I wrote that." - Shia LaBeouf